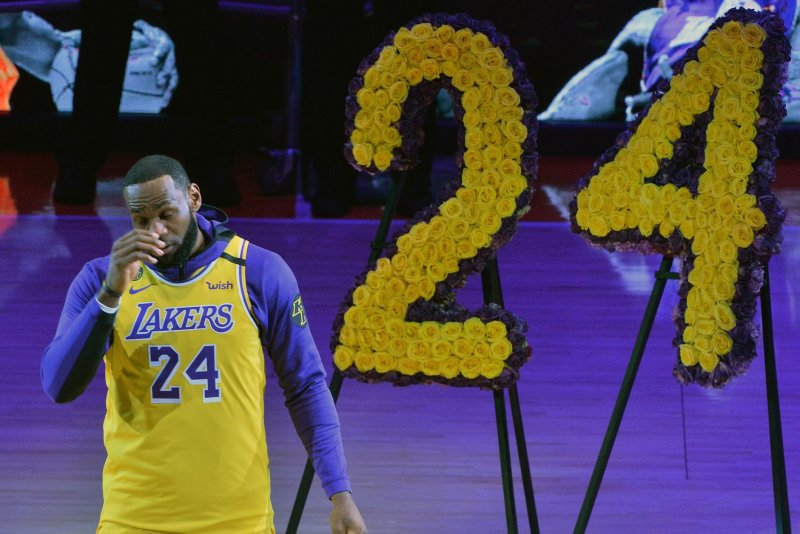 Pelinka made the comments after the Lakers beat the Miami Heat in Game 6 on Sunday at the ESPN Wide World of Sports Complex inside the Walt Disney World Resort.

The 4-2 series victory gave the franchise its 17th championship, which ties the Boston Celtics for the most in NBA history.

Bryant helped guide the Lakers to five of those titles during his Hall of Fame career as a player. He remained close to Pelinka -- his former agent -- and Lakers players after he retired after the 2015-2016 season and before he died with eight others in a helicopter crash Jan. 26 in Calabasas, Calif.

"2020 has been a tragic and very difficult year in many ways, with what happened on Jan. 26, and I think Kobe and Gianna have guided this team the entire year," Pelinka said. "Kobe's voice is always in my head, always, every day, every minute.

"For us to be able to win this championship doesn't take away the sting of the loss, but what it does is it helps us add to their legacy. Kobe and Gianna's legacy will last forever.

"It will impact lives around the world in positive ways, and this championship and this Lakers championship in 2020 is partly to build on that legacy and honor them, and for us to be able to do that, the moment couldn't be any more special to do that for them."

"We locked in from that very moment [of Bryant's death] and said 'this is bigger than us,'" James said after Game 6.

RELATED NBA Finals: Lakers don't want to 'let down' Kobe Bryant in close out of Heat

The Lakers were undefeated in the snakeskin-print jerseys before they lost to the Heat in Game 5 on Friday.

"When we brought out the 'Mamba' jerseys, we had a different swag. It sucks that we didn't go undefeated [in the jerseys], but I know he would rather take this championship than a loss in a 'Mamba' jersey. We miss him, and this is definitely for him."

Kobe's widow, Vanessa Bryant, also wrote a message to the team after the victory Sunday on Instagram.

NBA // 1 week ago
NBA suspends Raptors' Fred VanVleet, two others for leaving bench in scuffle
April 8 (UPI) -- The NBA has suspended Toronto Raptors guards Fred VanVleet and DeAndre' Bembry and the Los Angeles Lakers' Talen Horton-Tucker for one game each following an on-court altercation between the teams earlier this week.