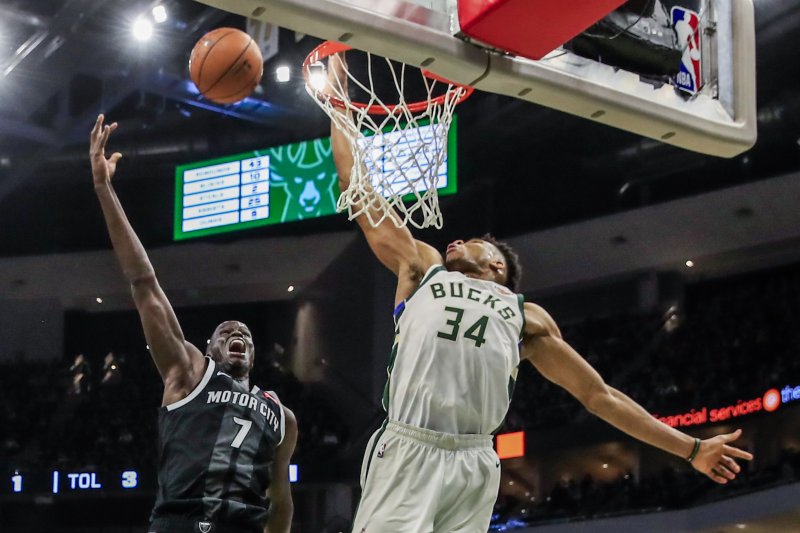 Antetokounmpo, 25, beat out Los Angeles Lakers star Anthony Davis and Utah Jazz big man Rudy Gobert to earn the award for the first time in his seven-year career. He captured the award in a landslide, receiving 75 first-place votes and earning 432 total points.

Antetokounmpo, a two-time NBA All-Defensive selection, anchored the best defensive team in the NBA in the Bucks. He averaged 13.6 rebounds, one block and one steal in 30.4 minutes per game this season.

Antetokounmpo -- the reigning NBA Most Valuable Player -- also is considered the favorite to win the league's MVP award this year. He would join Michael Jordan (1987-88) and Hakeem Olajuwon (1993-94) as the only players in league history to win MVP and DPOY in the same season.