Doncic scored 42 points to set a record for the most points for a player in his NBA playoff debut in the 118-110 loss Monday at the ESPN Wide World of Sports Complex inside Walt Disney World Resort.

"I'm happy we got the win," Leonard told reporters. "I think we are still trying to build our chemistry. I'm enjoying this journey.

"We are going to look at the film and see where we can improve."

Leonard had 29 points, 12 rebounds, six assists and three steals in the win. George netted 27 points for the Clippers. Mavericks star Kristaps Porzingis scored 14 points, but was ejected after he picked up his second technical foul in the third quarter, which left the Mavericks short-handed.

"He is amazing," Clippers coach Doc Rivers said of Doncic. "I thought we guarded him pretty well and forced him into a lot of tough shots."

Doncic scored 11 points in the first quarter to lead the Mavericks to a 38-34 advantage. Dallas then went on a 12-0 run at the start of the second quarter and pushed the lead to 14 points. The Clippers responded with a 9-0 run and trailed 69-66 at halftime.

Doncic pushed the Mavericks' lead to five points with a jump shot with 9:37 remaining in the third quarter before Porzingis was ejected 17 seconds later.

Marcus Morris Sr. tied the score at 73-73 with a jump shot for the Clippers with 7:26 remaining in the third frame.

Clippers center Ivica Zubac then dunked on the next possession for a two-point lead. The Clippers outscored the Mavericks 21-11 in the third quarter after the Porzingis ejection. Dallas led 87-82 as the game entered the final frame.

Leonard paced the Clippers with 10 points over the final 7:42 to secure the victory. Doncic scored 12 points in the fourth quarter, but could not rally his team to the win.

Zubac scored 10 points and had 10 rebounds in the win. Morris had 19 points, six rebounds and four steals. Lou Williams scored 14 points off the bench for the Clippers. Doncic also had nine assists, seven rebounds and 11 turnovers in the loss.

"I think I lost this game," Doncic said. "I had 11 turnovers. That's 11 more [Clippers] possessions. I have to get way better than that."

The Clippers and Mavericks battle in Game 2 of the series at 9 p.m. EDT Wednesday in Orlando. The winner of the series will face the Utah Jazz or Denver Nuggets in the second round. The Nuggets beat the Jazz in Game 1 of that series Monday in Orlando.

"It was terrible ... I just want to win," Doncic said of his play. "I'm really proud of this team. We fought until the end." 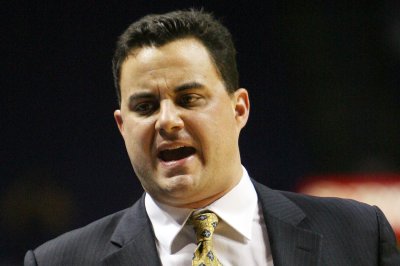