Aug. 14 (UPI) -- A day after missing the playoffs for the 14th consecutive season as a franchise, Sacramento Kings general manager Vlade Divac stepped down from his position, the team announced Friday.

Joe Dumars -- the 2002-03 NBA Executive of the Year with the Detroit Pistons -- was named interim executive vice president of basketball operations and will immediately take over general manager duties as well.

"This was a difficult decision, but we believe it is the best path ahead as we work to build a winning team that our loyal fans deserve," Kings owner and chairman Vivek Ranadive said in a statement Friday. "We are thankful for Vlade's leadership, commitment and hard work both on and off the court. He will always be a part of our Kings family."

The Kings hired Divac, 52, as the organization's vice president of basketball and franchise operations in 2015 after Pro Basketball Hall of Famer Chris Mullin left a similar role with the team to become the head coach at his alma mater, St. John's University.

Divac later assumed general manager responsibilities, replacing Pete D'Alessandro, and went through two coaches -- George Karl (2015-16) and Dave Joerger (2016-19) -- before hiring Luke Walton in 2019 to a contract that runs through the 2022-23 campaign. According to The Athletic, Walton is expected to remain in his position.

Dumars, who joined the Kings in June 2019 as an advisor, could be considered as the Kings' long-term replacement at general manager if he is interested in the position, according to The Undefeated.

"Joe has become a trusted and valued advisor since joining the team last year, and I am grateful to have him take on this role at an important time for the franchise," Ranadive said.

Sacramento's two assistant GMs -- Peja Stojakovic and Ken Catanella -- are expected to remain with the organization during its transition.

Divac was inducted into the Naismith Memorial Basketball Hall of Fame last year. He played six of his 16 seasons in the league with the Kings.

"It has been an honor and a privilege to serve as the general manager for the Kings," Divac said in a statement. "I want to thank Vivek for the opportunity and recognize all of the incredible colleagues who I had the great pleasure of working with during my tenure.

"Sacramento and the Kings will always hold a special place in my heart and I wish them all the best moving forward."

The Kings finished with a 3-5 record in the NBA seeding round inside the bubble in Orlando, Fla. Sacramento hasn't reached the postseason since the 2005-06 season, when the team lost to the San Antonio Spurs in the first round. 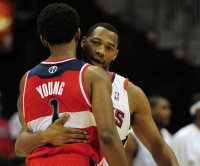