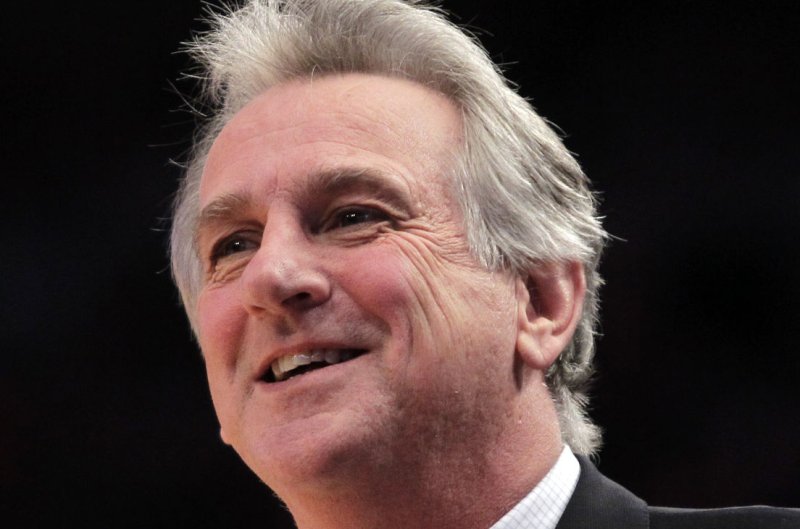 Former Sacramento Kings head coach Paul Westphal most recently served as an assistant coach for the Brooklyn Nets before stepping away from basketball following the 2016 season. File Photo by John Angelillo/UPI | License Photo

Aug. 9 (UPI) -- Former Boston Celtics and Phoenix Suns star Paul Westphal, who was inducted into the Basketball Hall of Fame last year, has been diagnosed with brain cancer.

Mike Lupica, a sports columnist and close friend of the five-time NBA All-Star, announced Sunday on social media that Westphal has glioblastoma, which is an aggressive form of cancer in the brain or spinal cord that can be difficult to treat.

"I've been close friends with Paul Westphal ever since his 1972-73 rookie year with the Boston Celtics and had the pleasure of celebrating his wonderful career with him last September when he was inducted into the Naismith Memorial Basketball Hall of Fame," Lupica wrote on Twitter.

"With his permission I am letting the basketball world know he has just been diagnosed with brain cancer. Specifically glioblastoma. Please pray for [my] friend, No. 44."

The Suns later confirmed Lupica's announcement with a statement released Sunday evening. The franchise shared its "unwavering support" for Westphal and his family.

"The Phoenix Suns organizations share their unwavering support for Paul Westphal and his family during this challenging time," the statement said. "We are devastated to hear of his brain cancer diagnosis. Paul has been an iconic cornerstone of the Phoenix Suns franchise for decades, both as an outstanding player and coach.

"His tenacity on the court and on the bench led the franchise to two NBA Finals appearances and his impact on the Phoenix community extends well beyond the hardwood."

As a player, Westphal won an NBA championship with the Celtics in 1974 and reached the NBA Finals with the Suns in 1976. He was named All-NBA first-team on three occasions, and his No. 44 is retired by the Suns.

During his coaching career, he posted a 318-279 record and also earned trips to the 1993 NBA Finals and two conference semifinals with the Suns. He also was the head coach for the then-Seattle SuperSonics, Sacramento Kings and Pepperdine University.

Westphal, 69, most recently served as an assistant coach for the Brooklyn Nets from 2014-16. He then retired from the sport and was inducted into the Naismith Memorial Basketball Hall of Fame in September.

NBA // 5 days ago
Nuggets, Jokic agree to NBA-record $264M contract
July 1 (UPI) -- The Denver Nuggets and All-NBA center Nikola Jokic agreed to a five-year extension worth at least $264 million, the most lucrative pact in league history.

NBA // 1 week ago
Wizards to trade Caldwell-Pope, Smith to Nuggets for Barton, Morris
June 29 (UPI) -- The Washington Wizards agreed to trade Kentavious Caldwell-Pope and Ish Smith to the Denver Nuggets in exchange for Will Barton and Monte Morris, a league source told UPI on Wednesday.