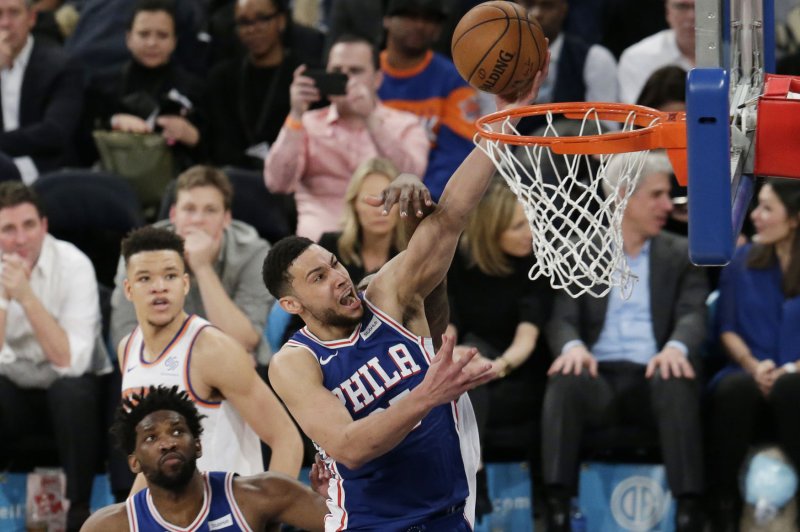 Simmons jumped and grabbed a rebound halfway through the third quarter, then slowly dribbled down the court and flipped a pass to 76ers big man Al Horford. As a whistle blew to halt play, he turned toward his team's bench and flexed his left leg before walking off the court.

The 6-foot-10 point forward then walked to the locker room, where he was joined by 76ers general manager Elton Brand.

League sources told ESPN and The Athletic that Simmons' knee injury isn't considered serious. According to The Athletic, the All-Star's MRI results came back clean and he's expected to be day-to-day.

Simmons played 23 minutes in Wednesday's game against the Wizards. He finished with eight points, six rebounds and four assists before exiting the matchup.