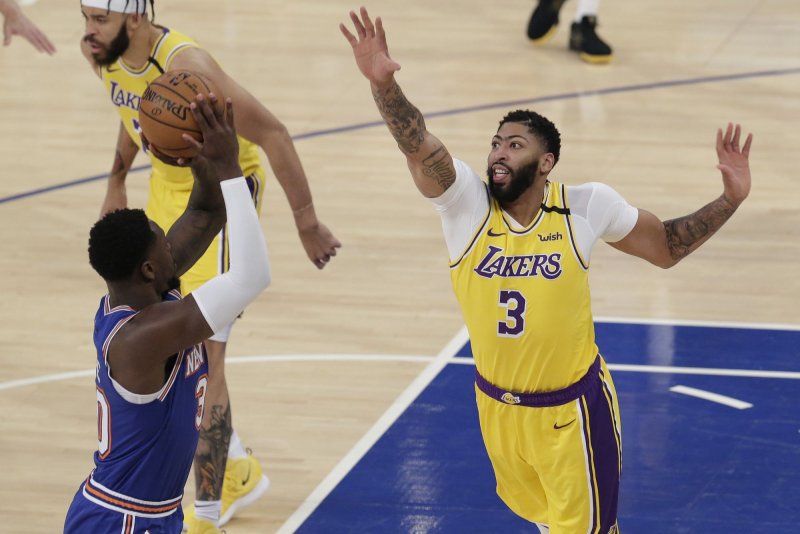 Los Angeles Lakers star Anthony Davis (3) was averaging 26.7 points, 9.4 rebounds, 3.1 assists and 2.4 blocks in his first season with the Lakers before the NBA suspended the 2019-20 campaign in mid-March because of the coronavirus pandemic. File Photo by John Angelillo/UPI | License Photo

July 28 (UPI) -- The Los Angeles Lakers could be without superstar forward Anthony Davis in their restart opener against the L.A. Clippers on Thursday.

Davis, who was accidentally poked in his right eye by Michael Carter-Williams during Saturday's scrimmage against the Orlando Magic, didn't practice with the Lakers on Tuesday.

Lakers head coach Frank Vogel labeled the All-Star big man as "day-to-day" because of the eye injury and said "there is some concern" that Davis could possibly miss the team's first game back.

"He's day-to-day, and while he's still dealing with discomfort there is some concern that he could potentially not play Thursday," Vogel told reporters Tuesday. "But we're hopeful that he does, and we'll see how that plays out. He's going to continue to be evaluated each day."

Davis was having a dominant performance in the Lakers' second scrimmage since reporting to the NBA's bubble in Orlando, Fla., putting up nine points and 10 rebounds in limited action before departing the game. Carter-Williams' hand inadvertently struck Davis' face while he was swiping for the ball.

Davis, a seven-time All-Star selection, was averaging 26.7 points, 9.4 rebounds, 3.1 assists and 2.4 blocks in his first season with the Lakers before the NBA suspended the 2019-20 campaign in mid-March because of the coronavirus pandemic.

According to league rules, the Lakers must provide an update on Davis' status Wednesday. In a recent memo, the NBA informed teams that they have to submit a participation status for every player by 5 p.m. EDT the day before a game.

Teams must choose to designate their players as available, probable, questionable, doubtful or out. "Day-to-day" is not an accepted status. 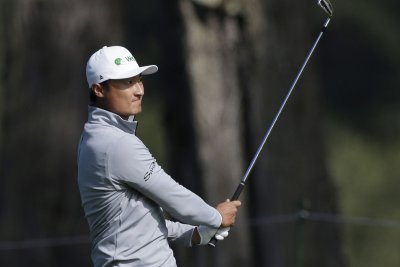