Former Cleveland Cavaliers guard J.R. Smith (R) hasn't appeared in an NBA game since Nov. 2018 with the Cavs. He had a workout for the Los Angeles Lakers in February. File Photo by Brian Kersey/UPI | License Photo

June 29 (UPI) -- The Los Angeles Lakers are planning to sign former Cleveland Cavaliers guard J.R. Smith and submit his name as part of the team's roster for the NBA's 22-team restart in Orlando, Fla., next month.

League sources told ESPN and USA Today Sports on Monday that Los Angeles is close to finalizing a deal with Smith. According to ESPN, the veteran sharpshooter and the Lakers have been in contract negotiations since starting guard Avery Bradley opted out of the season.

Bradley informed the Lakers last week that he won't play in the restart because of coronavirus concerns. According to ESPN, the guard said he had concerns about his 6-year-old son's history with respiratory illnesses.

Smith, 34, hasn't appeared in an NBA game since Nov. 2018 with the Cavaliers. He had a workout for the Lakers in February, but the team decided to sign Dion Waiters.

The then-New Orleans Hornets selected Smith in the first round of the 2004 NBA Draft out of St. Benedict's Prep in New Jersey. Across 15 seasons with the Denver Nuggets, New York Knicks, Cavs and Hornets, he has averaged 12.5 points and 3.2 rebounds per game.

Smith won an NBA title with current Lakers star LeBron James and the Cavaliers in 2016 and captured the NBA's Sixth Man Award in 2013 with the Knicks.

The Lakers won't be able to officially sign Smith until July 1. 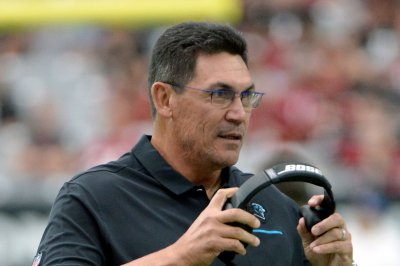