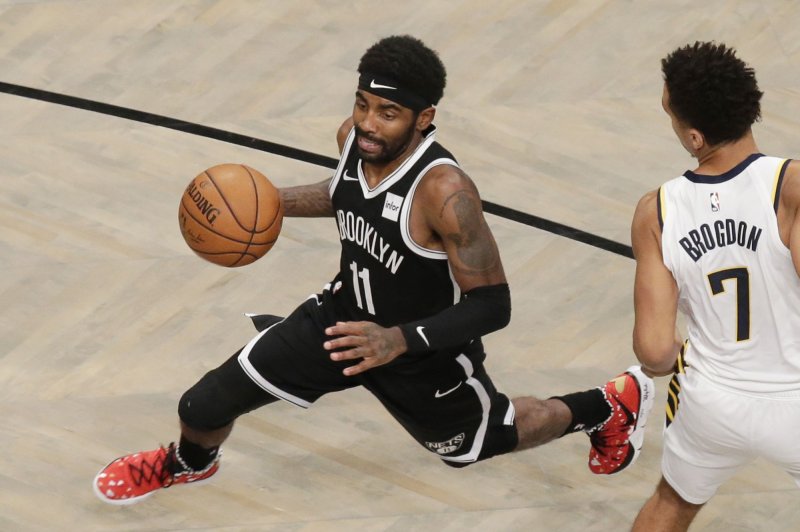 Irving missed 26 straight games earlier this season because of the right shoulder ailment. The veteran guard said the pain began during the Nets' game against the New Orleans Pelicans on Nov. 4.

"The last few days, [Irving] has been visiting with a specialist," Nets general manager Sean Marks told reporters Thursday. "It's been determined that he will have arthroscopic surgery on his shoulder and be out for the remainder of the season. He's obviously upset about this, and we're here to support him and the process moving forward with him."

Irving, 27, visited with an Arizona-based specialist in December and received a cortisone shot on Dec. 24. At the time, he said he hoped the injection would rule out any immediate need for surgery.

Kyrie Irving will have arthroscopic surgery on his shoulder. He will be out for the remainder of the 2019-20 season. pic.twitter.com/HOuNdyCLrF— Brooklyn Nets (@BrooklynNets) February 20, 2020

Irving averaged 27.4 points, 5.2 rebounds and 6.4 assists per game in 20 contests this season, his first with the Nets.

Along with his latest injury, the six-time All-Star selection missed one game for hamstring tightness and five games before the All-Star break due to a sprained knee. Irving also sat out one contest after the death of Los Angeles Lakers legend Kobe Bryant last month.