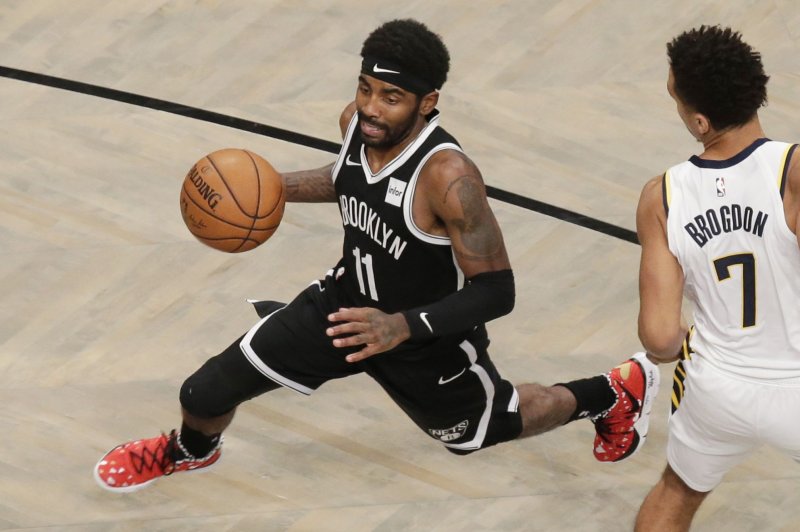 Feb. 18 (UPI) -- Brooklyn Nets star Kyrie Irving has been elected as a vice president of the National Basketball Players Association.

The players' union announced the move Monday. Irving is replacing Pau Gasol on the union's executive committee after Gasol's three-year term expired. The Nets star received the necessary votes to win the election at the 2020 Winter NBPA Board of Representatives meeting Monday in the Bahamas.

"This was the right time for me to run for a leadership position in the NBPA," Irving said in a news release. "I have been an observer and a participant in union affairs for a while, but for the most part, I was off on the sidelines, supporting our executive committee as they made important decisions.

"At this point in my career, I wanted to join forces with those guys and take a bigger role outside of the basketball court and within our union. I want to help move the union forward with innovative ideas, not only on social issues but also with business ventures into a new space. I am honored to be elected by my peers and I cannot wait to work with everybody to make an impact."

"Pau brought an invaluable perspective to the Executive Committee as both an international player and a highly respected league veteran," said Paul, the union president. "In the last three years, the NBPA has greatly expanded our resources for international players and I believe that is a direct effect of Pau.

"We are grateful to him for his service and we are thrilled to have Kyrie join us as the newest vice president. Having a player of his caliber coupled with his off the court business acumen will help us to continue to strengthen the union as a whole and empower our individual voices as players."

NBA // 22 hours ago
Heat's Bam Adebayo sinks buzzer beater vs. Nets
April 19 (UPI) -- All-Star forward/center Bam Adebayo took his defender off the dribble, bullied his way into the paint and drained a jump shot at the buzzer to lead the Miami Heat to a 109-107 victory over the Brooklyn Nets in Miami.