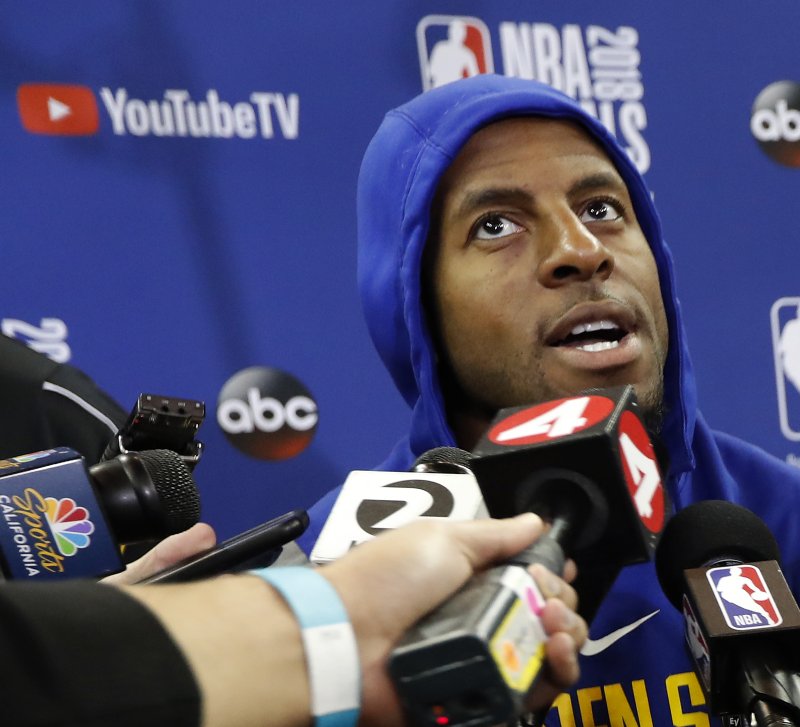 Former Golden State Warriors forward Andre Iguodala was traded to the Memphis Grizzlies last off-season. He has yet to appear in a game with the Grizzlies. File Photo by John G. Mabanglo/EPA-EFE

Feb. 5 (UPI) -- The Memphis Grizzlies agreed to a trade that will send veteran forward Andre Iguodala to the Miami Heat.

League sources told ESPN and The Athletic on Wednesday that Iguodala signed off to be moved to the Heat and also reached a two-year, $30 million extension with Miami. The agreement has a team option in the second season (2021-22).

Heat forward Justise Winslow will be the centerpiece of the package sent to the Grizzlies in the trade, according to ESPN. He has played in only 11 games this season because of injuries, averaging 11.3 points, 6.6 rebounds and four assists.

Iguodala, who was traded to the Grizzlies last off-season, hasn't played for Memphis this season. Before the start of the 2019-20 campaign, the two sides reached an agreement allowing Iguodala to work out away from the Grizzlies while the team searched for a trade partner.

RELATED Grizzlies' Dillon Brooks on Andre Iguodala: 'I can't wait until we find a way to trade him'

On Monday, Grizzlies swingman Dillon Brooks offered a sharp response when asked about speculation that Iguodala could be traded.

"A guy that's on our team doesn't want to be on our team," Brooks told reporters. "I can't wait until we find a way to trade him so we can play him, and I can show him what really Memphis is about."

Morant responded to Curry's subtle jab with a picture of former Warriors star Kevin Durant, who signed with the Brooklyn Nets this past off-season. In the photo, Durant is holding up one of his NBA Finals MVP trophies, insinuating the Warriors needed Durant's help to win in the postseason.

Iguodala, 36, played a significant role in the Warriors' three championships and five straight Finals appearances. The veteran forward is considered one of the league's top wing defenders.