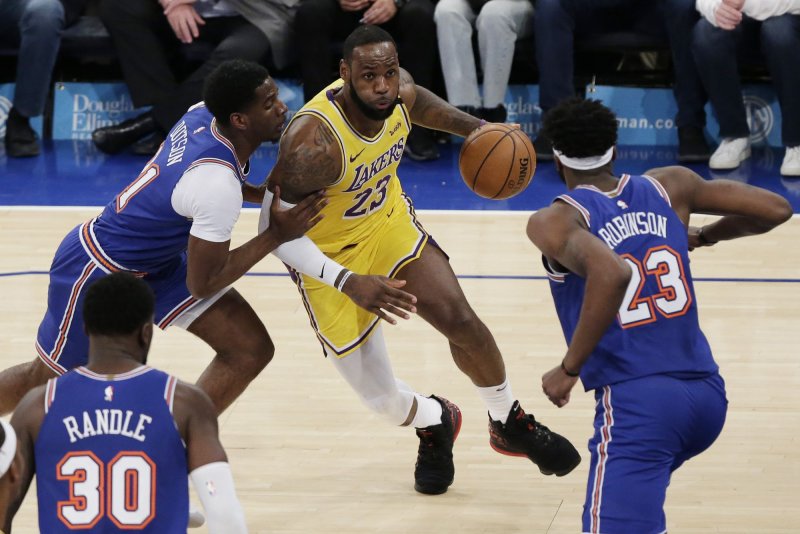 James and Antetokounmpo are two of the 10 starters for this year's All-Star Game, which will take place Feb. 16 in Chicago. The East starter pool includes Kemba Walker, Trae Young, Pascal Siakam and Joel Embiid, while the West starter pool consists of James Harden, Anthony Davis, Kawhi Leonard and Luka Doncic.

If James suits up in next month's All-Star matchup, he will only sit behind Abdul-Jabbar (18) in All-Star Game appearances. Bryant missed three ASG contests due to injury.

Antetokounmpo, who has averaged 30 points and 12.9 rebounds per game this season, was selected to his fourth All-Star team. Doncic, Young and Siakam each are first-time All-Star selections and starters.

The league will announce the seven reserve selections from each conference, which are made by the NBA's head coaches, next Thursday. On Feb. 6, James and Antetokounmpo will draft their rosters for the All-Star Game from the pool of 22 players, regardless of conferences.