The Warriors' franchise will open Chase Center on Sept. 3 in San Francisco after having played at Oracle Arena in Oakland for 47 years. Golden State previously played in San Francisco during the franchise's early California years in the 1960s.

Chase Center will be the only privately financed arena or stadium project built on private property in the modern era of sports.

"When we set out with the staff seven years ago, we could only dream of a team going to the NBA Finals for five consecutive years and winning three championships," Welts told UPI. "Make no mistake about it. That has been a huge factor of being able to make economics of this building work."

"What it does is it sets us up to be able to compete for championships -- from the economic standpoint -- for as far in the future as we can possibly see," Welts said.

Welts joined the Warriors in 2011 after nine years as president of the Phoenix Suns. He has worked in the NBA league office, with the Seattle Supersonics and with the WNBA's Phoenix Mercury, in addition to various other roles during his more than 40 years in basketball. He also served as the president of Fox Sports Enterprises in 1999-2000.

The Warriors were 23-43 during Welts' first season with the franchise. Golden State has an average record of 60-22 in the six seasons since 2011. Welts teamed up with Warriors owners Joe Lacob and Peter Guber, as well as current general manager Bob Myers and former general manager Larry Riley, to build one of the most-dominant teams in NBA history.

Analytics and data science are two reasons for the Warriors' spark of success. The franchise was one of the first NBA teams to adopt SportVU cameras, monitoring player movement through the course of a game. The cameras sit in the arena rafters and feed data to a computer workstation and into a database.

That information is then matched with play-by-play data and combined into reports available to teams as quickly as 60 seconds after a sequence occurs on the court. The information helps teams analyze player conditioning, game strategy and more.

"We have a basketball operations department in particular that has a high level of intellectual curiosity about everything available today and in the future that could give us a competitive advantage or give our players and advantage in their training or in our game preparation for our coaches," Welts said.

"It doesn't mean we use everything. It means we try a lot of things. The coaching staff decides how much of it they want to use. Some of it will even be incorporated in how we present the game at Chase Center that we have never been able to do before."

Welts said the franchise has embraced the analytics trend as much as any team. That inclusion of data led to the franchise receiving the Best Analysts Organization Award at the 2016 MIT Sloan Sports Analytics Conference, following the Warriors' first championship in more than 40 years. Warriors basketball operations coordinator Kent Lacob and basketball analytics coordinator Sammy Gelfand accepted the honor.

"We're extremely appreciative and proud to receive this award," Myers said in a team news release. "Analytics has become a huge part of sports, especially over the last few years, and we certainly put an emphasis on it as an organization. Kirk Lacob, in particular, has led our charge in analytics and he should be commended for putting us in position to be viewed as a leader in this area and recognized for our efforts."

Fans will be able to get in on the analytics trend by checking out a shot tracker feature on the video board at Chase Center. When Stephen Curry makes a 3-pointer, shot tracker will immediately give details regarding the shot's exact distance from the hoop, as well as other calculations.

"Taking the technology that is built into the building, but being able to not only use it for game preparation, but also being able to share with fans, I think it's going to be exciting and somewhat unique from what people have seen from NBA arenas before," Welts said.

The massive Samsung scoreboard is the largest in the NBA, with 9,699 square feet of screen space. It features 75 million LEDs.

Routine and the core three

Golden State drafted Draymond Green in Welts' second season with the team. In the majority of the seasons since, the team's core three has been Curry, Green and sharpshooter Klay Thompson.

While the pieces around them change and it's up to respective players to decide if they want to remain with a franchise, Welts said there was never a question about the Warriors' desire to keep Green, Curry and Thompson together.

The Warriors signed Green to a four-year, $100 million contract extension in early August.

"There is always a question to what it is a player will find most attracting: less money, the place they live, the team environment or ability to win, the support, you just don't know," Welts said. "All we can do is create an atmosphere, facilities, and we already live in a place that is going to enable us to really compete for player talent."

Welts said the Warriors would have loved for Kevin Durant to stay with the franchise, instead of opting to sign with the Brooklyn Nets in free agency, but at the end of the day it's up to players to decide. He said Lacob's announcement that no future Warriors players will wear Durant's jersey number was indicative of how the franchise wants to treat players.

Green -- who has earned a reputation for his tenacity on the court and trash talk off of it -- recently told ESPN he chose not to "bail" on the Warriors by signing elsewhere.

"We love it when Draymond talks the way Draymond talks," Welts said. "He has been such a good piece of this. Steph Curry and Klay Thompson have played every game of their professional careers here. Our hope would be to keep all three of them together as long as we can, but ultimately the player gets to make that decision."

Curry is known for the consistency he showcases in his form when he attempts 3-pointers. He has become one of the greatest shooters in league history while with the Warriors. With Chase Center, he could become even more consistent, as his routine will be simplified.

The Warriors' new practice facility also is on the property, meaning Curry and his teammates will park in the same spot and use the same locker and training facilities as they do for games.

But the consistent Curry, tenacious Green and sharpshooting Thompson work as one unit, instead of individuals. Welts said a major part of the Warriors' success can be attributed to the "strength in numbers" mantra orchestrated by coach Steve Kerr.

"I don't think any of our players would say publicity or hopefully even think it that they are the most important piece," Welts said. "It has been the combination of philosophy and player talent and coaching talent we have had here that has led to our success.

"We haven't always been the most talented team. I don't think anyone would say we were the most talented team in 2015 when we won the championship. I think the 'strength in numbers' in philosophy is really what has guided our team in the last five years to all of the success that we have had.

Chase Center will host a concert Sept. 6 before hosting the Warriors and Los Angeles Lakers in an Oct. 5 preseason game. 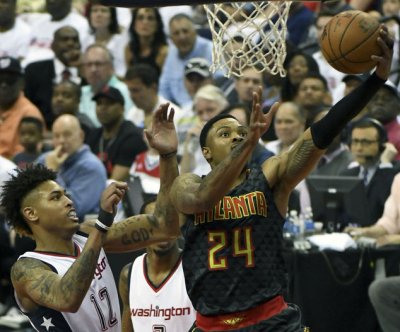 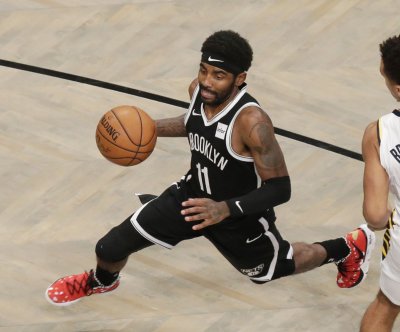 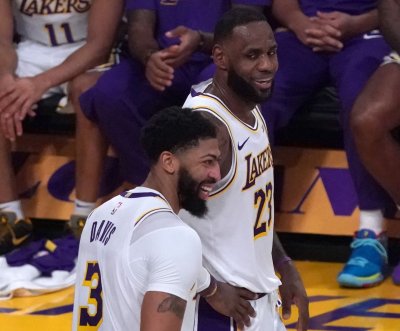