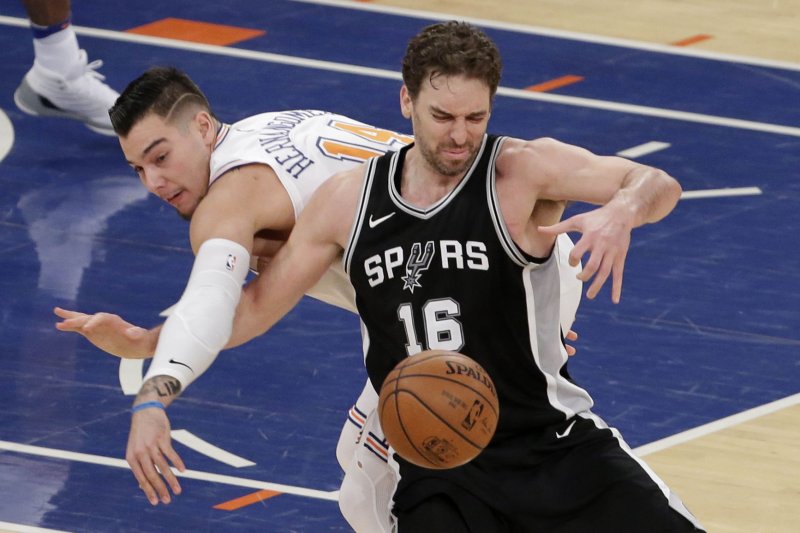 Gasol announced the deal Wednesday on social media. League sources told ESPN that the contract is worth $2.6 million.

"I'm very excited to announce that next season (my 19th in the @NBA) I'll play for the @trailblazers," Gasol wrote on Twitter. "Ready and happy to join one of the best teams in the league!"

I'm very excited to announce that next season (my 19th in the @NBA) I'll play for the @trailblazers.

Ready and happy to join one of the best teams in the league! pic.twitter.com/NcE6UJbsZ4— Pau Gasol (@paugasol) July 24, 2019

Gasol, 39, will join a frontcourt rotation that includes Hassan Whiteside, Zach Collins and Jusuf Nurkic, who suffered a serious leg injury last season. The Trail Blazers lost Enes Kanter in their rotation after he decided to sign with the Boston Celtics this off-season.

Gasol signed with the Milwaukee Bucks after a buyout with the San Antonio Spurs last season. He played only three games with the Bucks before suffering a season-ending foot injury. In 30 contests (six starts) between the Spurs and Bucks, he averaged a career-low 3.9 points and 4.6 rebounds per game.

The Atlanta Hawks selected Gasol with the No. 3 overall pick in the 2001 NBA Draft. The Hawks traded his draft rights to the Memphis Grizzlies in exchange for Shareef Abdur-Rahim.

Gasol, a six-time All-Star choice, won two NBA championships while starring alongside Kobe Bryant with the Los Angeles Lakers. In his 18-year career, he has averaged 17.0 points, 9.2 rebounds, 3.2 assists and 1.6 blocks per game with the Grizzlies, Lakers, Chicago Bulls, Spurs and Bucks.

Tennis: American Coco Gauff jumps to No. 1 in doubles rankings