Chauncey Billups: Carmelo Anthony not in NBA because 'scoring 30 meant too much' 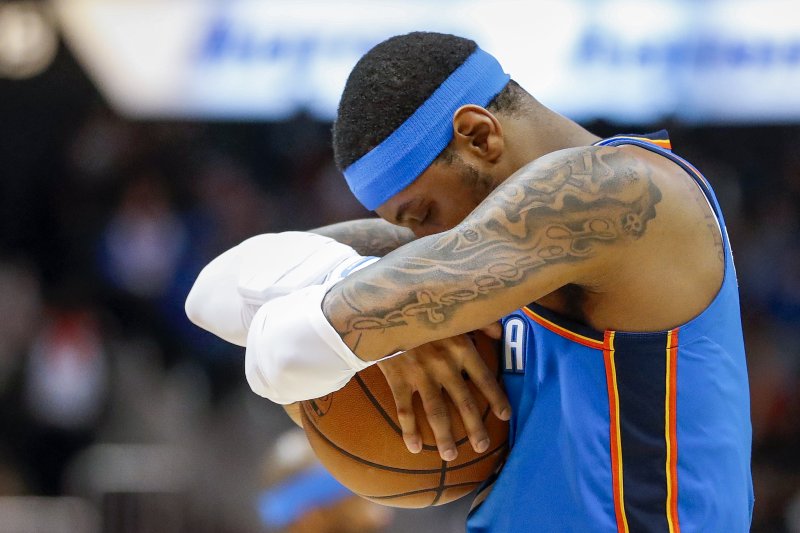 During an interview on SiriusXM NBA Radio on Wednesday, Billups said that "scoring 30 meant too much" to Anthony.

"I feel bad for Melo and here's why," Billups said. "Melo was a good teammate, man. Melo practiced every day. He didn't miss any games. Now, the only thing I'll say -- and I've even told Melo this -- scoring 30 meant too much to Melo.

Billups added that he thinks Anthony remains talented enough to play in the league, but hasn't "mentally taken that step back" to come off the bench as a key reserve player.

"The reason he's not in the league, because he's still worthy," Billups said, "is because he hasn't mentally taken that step back to say, 'OK, I'll come in and play against backups. I'll try to help the team out. I know I might not be able to close, but I just want to help.' Well, he's just not there yet."

Billups, who was a five-time All-Star, played three seasons with Anthony. The duo spent two seasons with the Denver Nuggets and one with the New York Knicks.

Anthony most recently played with the Houston Rockets. He appeared in 10 games (two starts) for the Rockets last season, averaging 13.4 points and 5.4 rebounds in 29.4 minutes per game.