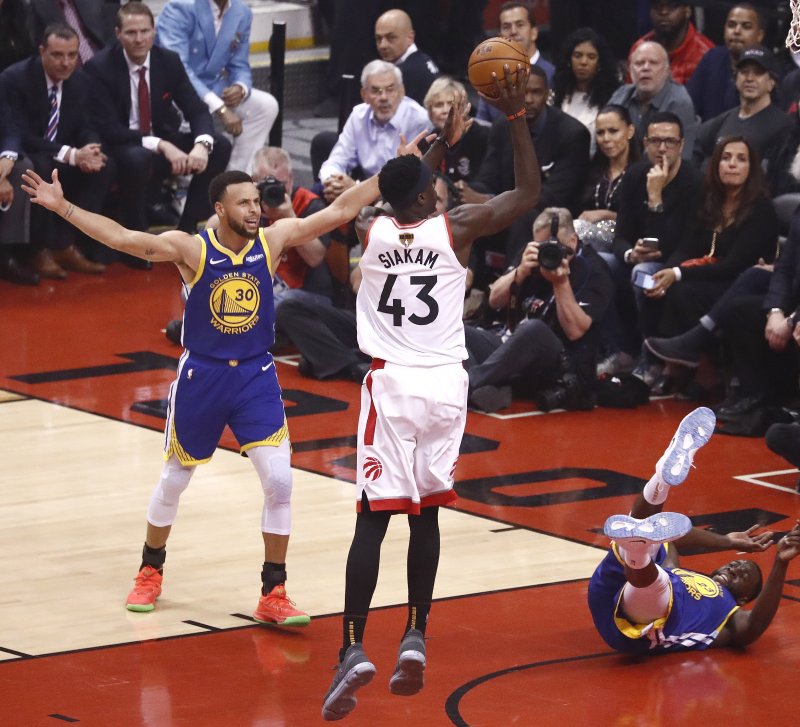 May 30 (UPI) -- Pascal Siakam and Kawhi Leonard guided the Toronto Raptors to a 118-109 win over the Golden State Warriors in Game 1 of the NBA Finals on Thursday night at Scotiabank Arena in Toronto.

Siakam exploded for a playoff career-high 32 points and Leonard scored 23 points as the Raptors grabbed a 1-0 series lead. With the victory, Toronto won the first NBA Finals game played outside the U.S.

"Their defense was great and it wasn't our best night," Warriors head coach Steve Kerr told reporters. "We just got out-played. Simple as that."

The Raptors, making their first NBA Finals appearance in franchise history, controlled the pace and held the lead for a majority of the contest against a Golden State team that is playing in its fifth straight Finals.

Siakam heated up in the third quarter, scoring 14 of his 32 points in the frame. The Raptors took an 88-81 lead into the fourth and managed to fend off the dangerous shooting abilities of Warriors star guards Stephen Curry and Klay Thompson.

Toronto veteran center Marc Gasol had 20 points and seven rebounds before he fouled out late in the fourth quarter. Reserve guard Fred VanVleet recorded 15 points on 5-of-8 shooting.

Raptors sharpshooter Danny Green added 11 points on 3-of-7 shooting from deep. Star point guard Kyle Lowry struggled in the contest, registering only seven points on 2-of-9 shooting, with nine assists and six boards.

Game 2 is Sunday night in Toronto. 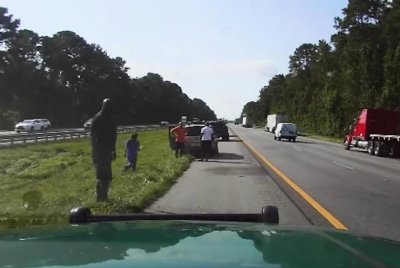