The three discussed Griffin's plans for the franchise over breakfast, according to ESPN. Davis, who requested a trade in January, is expected to continue talking with Griffin and the organization in the near future.

Despite the productive dialogue between Davis and the Pelicans, it remains unlikely that Davis' stance on a trade changes, according to The Athletic.

Griffin, who was hired in April, has been determined to keep Davis with the Pelicans. He told reporters last week that New Orleans was the "right environment" for the standout big man. The franchise plans to draft former Duke Blue Devils star Zion Williamson with the No. 1 overall pick in the 2019 NBA Draft, and Griffin has made changes in the front office, along with improvements to the practice facility.

Davis, 26, can become a free agent next off-season. He is eligible to sign a five-year, $235.5 million supermax contract extension July 1.

New Orleans drafted Davis with the top pick in the 2012 NBA Draft. He is a six-time All-Star selection and a three-time first-team All-NBA selection. 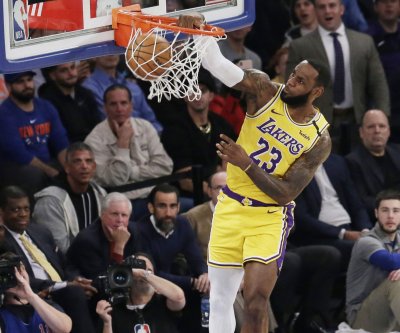