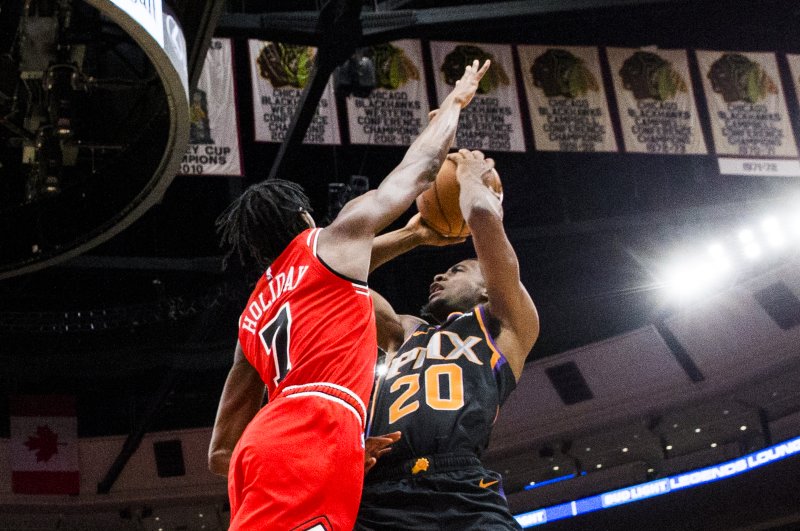 May 13 (UPI) -- Phoenix Suns forward Josh Jackson was arrested in Miami this weekend and faces a felony charge of escape, according to online court records.

Jackson, 22, also faces a misdemeanor charge of resisting arrest. He has an arraignment hearing scheduled for June 10, according to the records.

Jackson was arrested at the Rolling Loud music festival in Miami Gardens, Fla., according to multiple reports. He allegedly was denied entry to the VIP area because he did not have a pass and was handcuffed by police before he ran away.

The Suns said they are aware of the report.

Rapper Kodak Black also was arrested at Rolling Loud. Kodak Black, whose real name is Bill Kapri, was arrested on a weapons charge for lying on an official document to purchase a gun, according to the Miami Herald.