May 10 (UPI) -- Philadelphia 76ers center Joel Embiid is unlikely to have his flagrant foul from Game 6 against the Toronto Raptors rescinded, league sources told ESPN and the Philly Voice.

Embiid picked up a flagrant foul late in the fourth quarter when he hit Raptors center Marc Gasol in the face. Both players were fighting for a rebound after a missed free throw.

"I mean it's annoying, it's stupid," Embiid told reporters after Thursday night's game. "I feel like the one in Brooklyn should be rescinded and tonight, it's just basketball. I didn't mean to do it. I just happened to hit him in the face I guess.

"It just happened. A lot of things like that happen. I got hit in the face in the first half by Pascal [Siakam] but kind of like the same situation that wasn't a flagrant. I saw the video of it, I mean it doesn't look that bad."

Embiid has three flagrant-foul points this postseason. He also picked up flagrant 1 fouls in Games 2 and 4 of the 76ers' first-round win over the Brooklyn Nets. He hit Nets center Jarrett Allen on each occasion.

When a player totals four flagrant-foul points, he earns an automatic one-game suspension. Each point after that earns an additional one-game ban.

Game 7 is Sunday in Toronto. 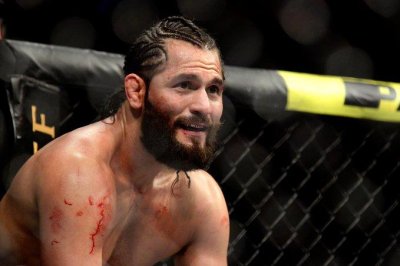