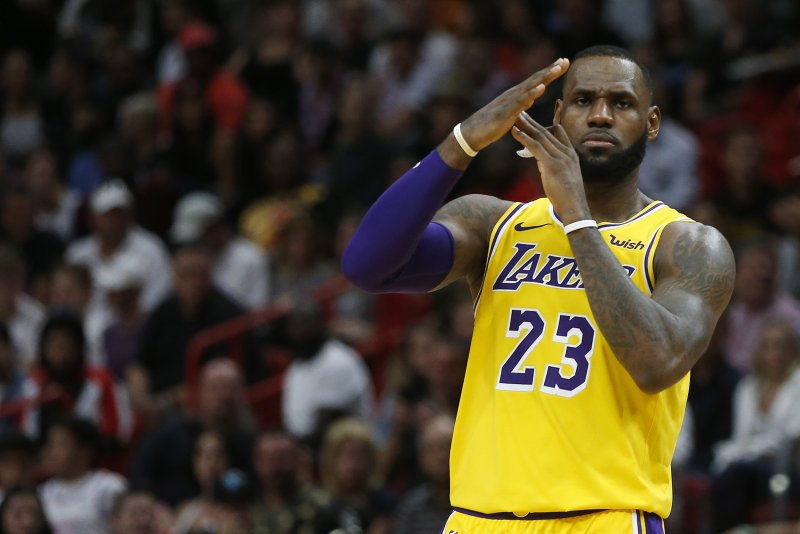 May 5 (UPI) -- Los Angeles Lakers star LeBron James was in disbelief when he first learned of Magic Johnson's unexpected resignation.

In James' first public comments since Johnson stepped down as the Lakers' president of basketball operations before the team's season finale against the Portland Trail Blazers on April 9, he explained that he was given no warning and found out through a close friend.

During an episode of his HBO show "The Shop," which was taped April 11 and aired Saturday, James said he was stretching before the Lakers' game against Portland when his longtime friend and business partner Randy Mims told him about Johnson's decision.

"Man, get the [expletive] out of my face! You [expletive]," James said of his reaction. "I came here to be a part of the Lakers organization having a conversation with Magic. So it was just weird for him to be like, 'I'm out of here,' and not even have no like, 'Hey, Bron, kiss my [expletive]. I'm out of here.' I would have been okay with that."

Lakers teammate Lonzo Ball was also on the episode with James. He said his reaction was, "That [expletive] crazy."

The Lakers posted a 37-45 record last season. The franchise and former head coach Luke Walton mutually parted ways after the regular season concluded. James' former coach in Cleveland, Tyronn Lue, is the frontrunner to become the team's next head coach.