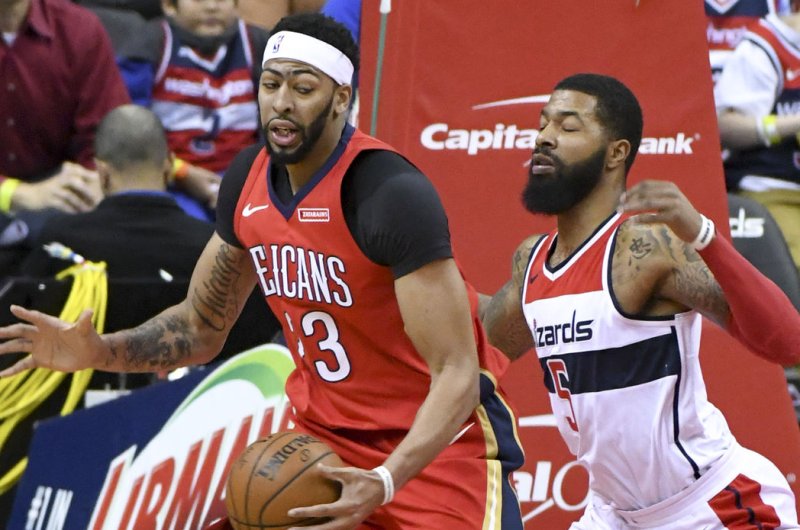 New Orleans Pelicans star Anthony Davis (23) requested a trade over the weekend but remains with the team. Photo by Mark Goldman/UPI | License Photo

Jan. 31 (UPI) -- All-Star forward Anthony Davis wants out, and while he's still on the roster and the bench, the New Orleans Pelicans are making certain he no longer feels like part of the team.

Davis requested a trade over the weekend, turning away a chance at the richest contract extension in NBA history.

By Wednesday, the team had removed Davis' image from the pre-game hype video and his image and name from social media channels.

"I've never even seen that video," New Orleans coach Alvin Gentry told reporters after the game. "I really haven't. I'm not avoiding anything, but I couldn't tell you who's on that and who's not."

The Pelicans dropped a 105-99 decision to the Denver Nuggets in their first home game since Davis' trade request. They won the previous night at Houston.

The Los Angeles Lakers, Boston Celtics and New York Knicks are all said to be aggressively pursuing Davis ahead of next Thursday's trade deadline -- though the Pelicans released a statement indicating Davis may not be dealt until the offseason.

Gentry said the plan is for Davis to return to action, if he's still on the roster, once the injury heals.