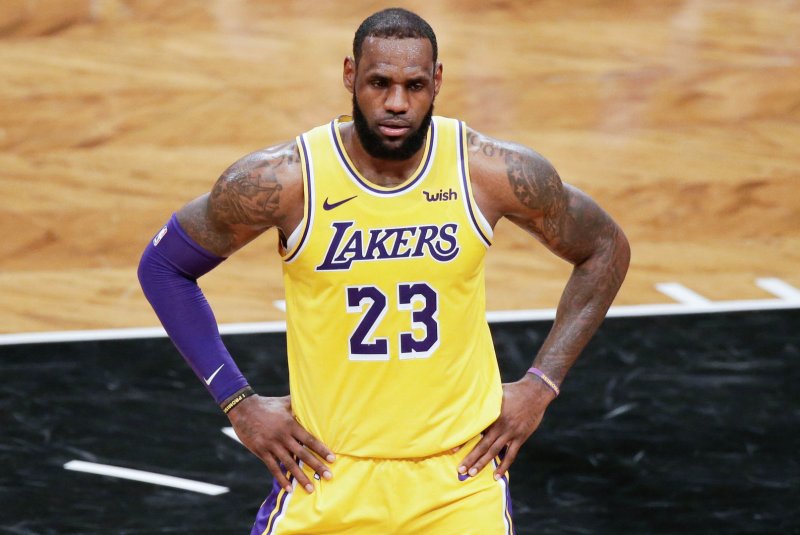 Los Angeles Lakers forward LeBron James stands on the court during a game against the Brooklyn Nets at Barclays Center on December 18 in New York City. Photo by John Angelillo/UPI | License Photo

James has missed a career-high 11 straight games already with a groin injury suffered Christmas Day. The Lakers (24-21) are 4-7 without him, losing home games to the lowly New York Knicks and Cleveland Cavaliers.

They are currently tied with the Utah Jazz for the final playoff spot and visit the Oklahoma City Thunder on Thursday and Houston Rockets on Saturday. The Thunder matchup will be broadcast on TNT, with the game vs. the Rockets kicking off ABC's coverage for the season.

James, 34, has taken part in shooting drills and gotten back on the court for some light work, but the Lakers have given no time frame for his return.

He is averaging 27.3 points, 8.3 rebounds and 7.1 assists in his first season with the Lakers.