Bucks, Giannis Antetokounmpo could be tough for Heat to stop 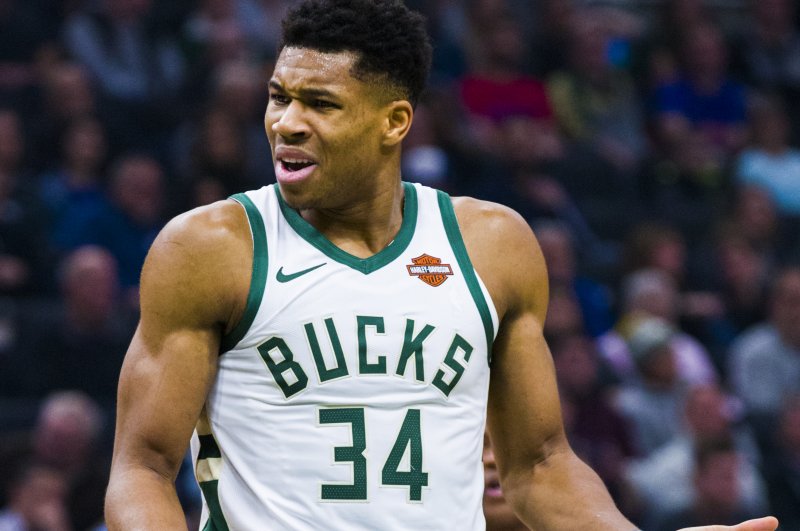 Milwaukee Bucks forward Giannis Antetokounmpo is averaging a career-best 13.3 rebounds and 6.0 assists this season, in addition to his 26.5 points per game. Photo by Tannen Maury/EPA-EFE

MIAMI -- Things are flowing for the Milwaukee Bucks.

The Bucks, who visit the Miami Heat on Saturday night, beat the Boston Celtics 120-107 on Friday night for their fourth straight win. The victory was significant because Milwaukee had lost its previous five straight games in Boston.

Still, Bucks superstar Giannis Antetokounmpo expressed confidence in his team even before beating the Celtics.

"Boston is a great team," he told The Milwaukee Journal. "But we're a really good team also."

He's right. The Bucks are 22-9 so far this season, good for second place in the 16-team Eastern Conference.

The next step for Milwaukee is a matchup against the Heat, a team that has beaten the Bucks five straight times overall.

But the way the Bucks are playing lately, that may be another skid they break.

Antetokounmpo, who had 30 points, eight rebounds and five assists in Friday's win over Boston, is once again living up to his "Greek Freak" nickname.

He is well on his way to his third straight All-Star Game, and he will present matchup problems for Miami -- just as he does for every team.

Meanwhile, Miami has won a season-best three consecutive games, including an impressive victory on Thursday over James Harden and the Houston Rockets.

The Heat will be at home and with one more day of rest as compared with the Bucks, which could be factors on Saturday.

Heat coach Erik Spoelstra said his team misses All-Star point guard Goran Dragic, who has a knee injury and is likely out until after the All-Star Game.

"You take Goran out of the lineup and we're a bit more methodical," Spoelstra said. "Our running opportunities are not the same.

"Goran's like a one-man fast break. We've built a lot of our offense based on his ability to push the ball."

Spoelstra said forward Justise Winslow -- who is questionable for Saturday's game because of an ankle injury -- is the next-best Heat player in terms of pushing tempo.

Another Heat injury is an ankle issue that has kept shooting guard Dion Waiters out all season after he had been projected as a starter.

With Waiters out, Josh Richardson has stepped up, leading the Heat in scoring. He has at least 20 points in 13 of his 29 games this season, which also leads Miami.

Milwaukee's only injury is to forward Ersan Ilyasova, who is out with a broken nose.