Hawks aim to join rest of league in dominating Knicks

The New York Knicks have been rode roughshod upon this year by 28 other teams in the NBA.

Against only one other team have they found themselves handing out similar beatdowns.

That team -- the Atlanta Hawks -- heads to Madison Square Garden on Friday trying to end the Knicks' domination of them.

New York has won each of the first two matchups, including a season-opening 126-107 tilt back on Oct. 17 and a 112-107 win at Atlanta on Nov. 7. The two wins account for nearly 20 percent of the Knicks' nine wins on the season, and they come into the game having just been dealt a 131-109 loss at Philadelphia on Wednesday.

"We hung around," New York head coach David Fizdale said. "We are pests. But when you miss your open shots and they are knocking every single one of them down, because they are a great shooting team, and they move the ball so well, that's how the game broke open. But we put forth the effort."

In that matchup, the Knicks got 27 points from Tim Hardaway Jr., who has been nursing plantar fasciitis, but allowed a 24-10 game by Joel Embiid and a triple-double to Ben Simmons, his second in three games.

"Last year at this time I sat two months (with a stress fracture) and I don't want it to happen again," Hardaway said after the game, two days after missing the Knicks' 128-110 loss to Phoenix on Monday. "But I also have to be smart. I needed a little bit of time off. I really don't know how they're going to handle it."

The Hawks, meanwhile, are flying high after upending the Washington Wizards, 118-110, on Tuesday night for just their seventh win of the season. Atlanta had one of its most complete offensive performances of the season, with seven players scoring in double-figures, led by John Collins' 20 points.

"I thought our guys did a great job coming out and having the right approach and the right mentality," Hawks head coach Lloyd Pierce said. "The spirit was good. Obviously, you see the ball going in the basket. We didn't settle. We didn't take any ill-advised shots. We were trying to get in the paint, we were cutting hard. We got into the bonus early -- I know in the second and third quarter -- and that was a point of emphasis. Once we got into the bonus, it was about not settling. We were able to make plays because of it.

Atlanta's reserves were key in the win as they outscored Washington's 40-29, with Jeremy Lin leading the way with 16 points, including 12 in the fourth quarter.

"The thing that stuck out to me tonight was our camaraderie," Lin said after the game. "I really enjoyed that. I really enjoyed our team just rooting for each other and the excitement and unselfishness that we had. That's why we sign up for team sports. That's everything." 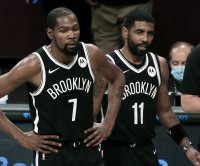