Portland Trail Blazers head coach Terry Stotts reacts near the bench in the second half against the New York Knicks on November 27, 2017 at Madison Square Garden in New York City. Photo by John Angelillo/UPI | License Photo

PORTLAND, Oregon -- For a game, at least, Jusuf Nurkic's shooting touch was back.

After making only 8-of-39 shots from the field in his previous three games, the 7-foot Bosnian was 8-for-12 in a 20-point, seven-assist performance as the Portland Trail Blazers defeated the Los Angeles Clippers 131-127 Monday night at Staples Center.

"I've got to trust my game," said Nurkic, who will start at center when the Trail Blazers (17-13) play host to the Memphis Grizzlies (16-14) Wednesday night at Moda Center. "I know how much I put the hard work in. [Bad shooting performances] happen sometimes. I had good looks and they didn't go down [in the previous three games]. But I can affect the game in many different ways, not just scoring."

Nurkic's field-goal percentage had dipped to .479 -- poor for a post man, especially one with a solid shooting touch like Nurkic. He was much more on point Monday against the Clippers.

RELATED Detroit Pistons hope to be sharper against Minnesota Timberwolves

The Blazers could use Nurkic playing at the top of his game against Memphis, which features veteran center Marc Gasol. Gasol made only 4-of-15 shots from the field but contributed nine points, seven rebounds, six blocked shots and five assists in the Grizzlies' 92-83 win over the Blazers last Wednesday at FedEx Forum.

Memphis will need to do a better defensive job on Portland shooting guard CJ McCollum, who bombed in 40 points -- nearly half the Blazers' total -- in their last matchup.

The win over Portland was the only one in the last six outings for Memphis, which has lost three games in a row since then, including a 110-93 setback at Golden State Monday on the first stop of a four-game road trip. Mike Conley, who was terrific against the Blazers with 23 points, six rebounds and six assists, missed the Warriors game with a sore left hamstring and is questionable for Wednesday's affair in Portland.

"When you're as reliant on Mike as much as we are, it takes some time to adjust," Memphis head coach J.B. Bickerstaff told reporters afterward. "But we did a better job in the second half of moving the ball and finding a way to score."

One of the Grizzlies who played well Monday was forward Omri Casspi, a former member of the Warriors who knocked down 8-of-10 shots and scored a season-high 20 points in 20 minutes.

"Happy to play against my former team and teammates," Casspi said. "I love those guys, but it doesn't mean much. We lost and that's all that matters."

Portland and Memphis will continue to jockey for position in the crowded Western Conference race. After Monday's results, the Blazers were tied with the Clippers for fifth place in the conference, with the Grizzlies a game back in eighth place. Only seven games separate first-place Denver (20-9) and 14th-place Utah (14-17) in the conference standings. 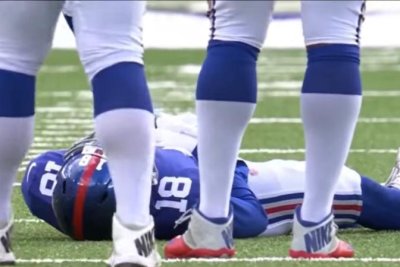