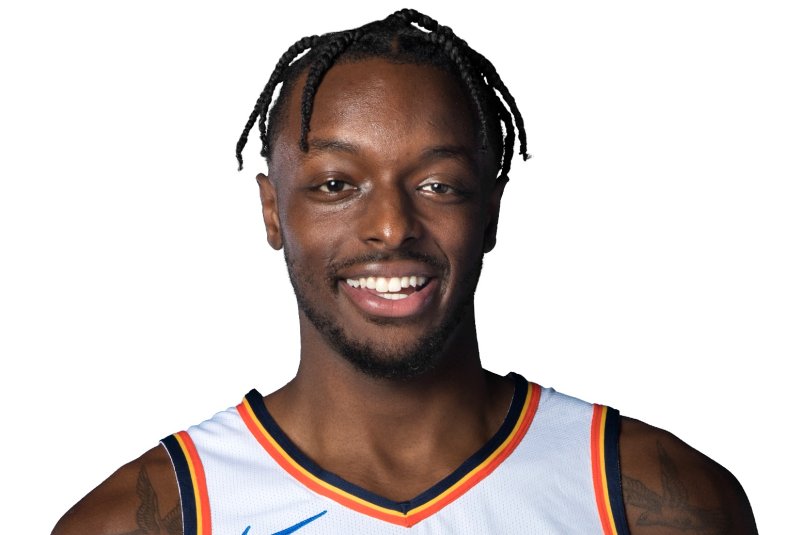 Oklahoma City Thunder forward Jerami Grant had 13 points in a win against the Chicago Bulls on Monday in Oklahoma City. Photo courtesy of the NBA

Dec. 18 (UPI) -- Jerami Grant showed off his explosion with a huge hammer during the Oklahoma City Thunder's win against the Chicago Bulls.

The fierce flush came in the third quarter of the 121-96 victory on Monday at Chesapeake Energy Arena in Oklahoma City. The Thunder led 70-50 when Russell Westbrook dribbled down the court and penetrated through the paint.

The NBA superstar then dished off to Grant in the right corner. Grant went between his legs with a dribble, pushing Bulls big man Lauri Markkanen back into the paint. The move allowed Grant to go around Markkanen's right hip.

Grant then picked up his dribble and held the ball on his left side, using the rim to protect himself from a Markkanen block. He then put the ball in his left hand for a powerful slam dunk on top of the 7-foot defender.

Grant spun in the air after putting the ball through, due to some contact from the defense. The Thunder forward had 13 points in the victory. Westbrook had 13 points, 16 rebounds, 11 assists and five steals for the Thunder. Paul George paced Oklahoma City with 24 points.

Markkanen and Bobby Portis led the Bulls with 16 points apiece. Markkanen also pulled down 15 rebounds and had two blocks and two steals in the loss.

The Thunder battle the Sacramento Kings at 10 p.m. on Wednesday at the Golden 1 Center in Sacramento.