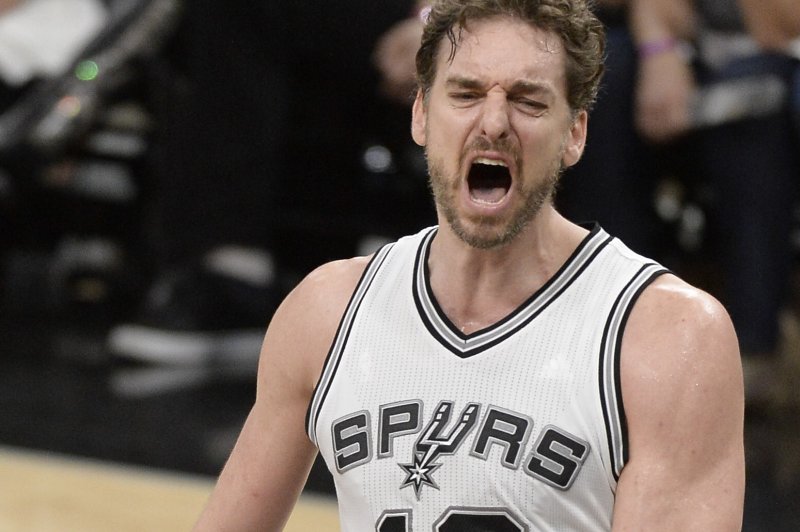 Gone are the days that San Antonio could produce a mediocre performance and still expect to have its defense carry it to victory.

The Spurs will have to be at their best to stay with the Philadelphia 76ers when the two teams square off on Monday at the AT&T Center in San Antonio.

If the Spurs needed any further evidence of their need for maximum effort, they only need to review what happened on Saturday in an 98-93 home loss to woeful Chicago, the team with the second-worst record in the NBA.

San Antonio (15-15) had won four in a row and jumped back above the .500 mark before it was derailed by the Bulls, who trailed by 21 points midway through the third quarter but rallied to win, handing the Spurs a loss that had even team insiders scratching their heads and wondering how in all went wrong.

"We made a lot of mistakes and probably lost a little bit of mental toughness there being ahead," San Antonio coach Gregg Popovich said afterward. "You get behind, you come back. We all do that. Sometimes you come back and sometimes you don't."

The Spurs were trying to climb to two games over .500 for the first time since Nov. 12, but instead dropped to .500 with one game left on their season-high six-game homestand.

"Chicago's defense fueled (the comeback), they got in us, they were physical, and they executed really well on offense," Popovich said. "A couple of guys got hot and did a good job, and we didn't react to it well."

LaMarcus Aldridge had a double-double for the Spurs in the loss, finishing with 29 points and 12 rebounds. DeMar DeRozan scored 21 points, and Marco Belinelli had a season-high 17, making a season-high 5 of 7 3-pointers.

"They played much better than us in the third and fourth quarter," Belinelli said. "They wanted it more than us. That's why we lost the game. We didn't move the ball like we usually move the ball, like in the last couple of games. We just need to give credit to them."

The 76ers head to San Antonio off a 128-105 win on Sunday at Cleveland in which they had to rally after a ragged first quarter. The 76ers were up by four points entering the final period and ran away with the game by outscoring Cleveland 39-20 in the fourth.

Ben Simmons had a triple-double (22 points, 11 rebound, 14 assists) in the victory as all five starters scored in double figures.

It was Simmons' 15th career triple-double, the second most in team history and his second this season. It was also accomplished without committing one turnover.

"I focus here was just to stick to the plan, play defense and win," Simmons said after the victory. "I just like to play the game the right way, and if help my teammates as best as I can."

Joel Embiid added a team-high 24 points, Jimmy Butler hit for 19, rookie Landry Shamet tallied 16 off the bench, and J.J. Redick and Wilson Chandler racked up 14 and 11 points, respectively, for Philadelphia.

The victory snapped a two-game losing streak for Philadelphia (20-11) and featured the return to the lineup by Butler, who the past two games with a groin injury.

Philadelphia beat the Spurs in both the teams' meetings in last season, but San Antonio still holds a 57-36 all-time edge over the 76ers and a 37-12 advantage in games played in the Alamo City. Last year, the Sixers swept the Spurs in a season series for the first time since 2003-04.