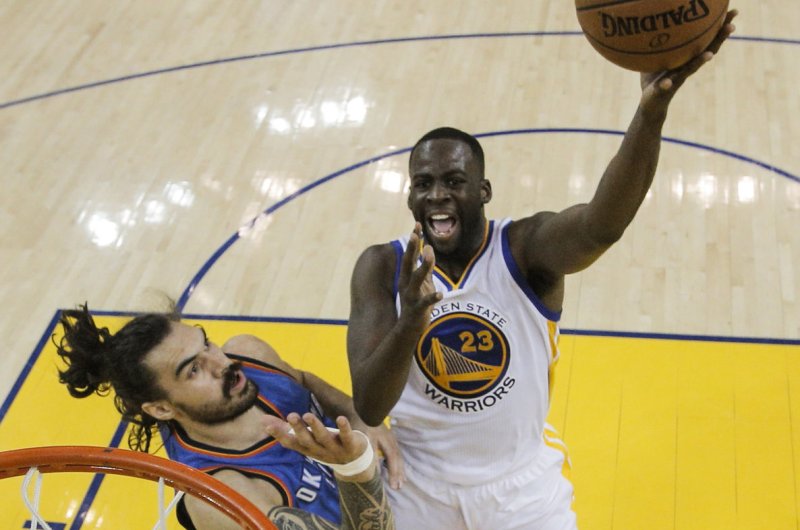 OAKLAND, Calif. -- The Golden State Warriors plan to welcome back Draymond Green when they open a two-game home stand Monday night against the Minnesota Timberwolves.

Green has missed the last 11 games with a sprained toe, during which the Warriors went 6-5, winning the last three to complete a winning five-game trip.

Green was so excited to get the green light Sunday, he proudly proclaimed he hasn't given up hope of winning the NBA's Defensive Player of the Year award despite the 11 absences.

"Kawhi [Leonard] beat me one year and I think he played 56 games or something like that," Green noted to reporters. "I'm going to get it done. I've just got to come back and lock the league up, which I'm more than capable of doing. I think I've proven that."

The Warriors' recent upswing has coincided with the return of Stephen Curry from a groin injury.

Golden State lost at Detroit in his first game back, but has since won at Atlanta, Cleveland and Milwaukee to gain some momentum for a home stand that also features a revenge matchup with Toronto on Wednesday.

The Timberwolves on Monday will have a chance to avenge an earlier 116-99 loss at Golden State. The Warriors had all four of their All-Stars present that night, whereas Minnesota played without Jeff Teague and lost Derrick Rose five minutes into his stint to a knee injury.

RELATED Bucks, Raptors will have top players on floor for this meeting

That was the pre-trade Timberwolves, meaning Jimmy Butler was playing a key role. He's been replaced by Dario Saric and Robert Covington, although Covington sat out Saturday's 113-105 loss at Portland with a sore knee.

Like the Warriors' Green, Covington is seen as the team's defensive glue. He likely also will return on Monday, although Timberwolves coach Tom Thibodeau wasn't giving away any secrets over the weekend.

Covington's defense has been a difference-maker since his acquisition.

The Timberwolves have held five of their last 11 opponents under 100 points, going 5-0 in those games.

They've lost four of six when the opponent reached 100 in that stretch.

In the 13 games before the Nov. 12 trade, Minnesota had kept just one opponent under 100 points, also winning that game. They were 4-9 overall at that point.

Teague and Rose also have gotten healthy since the earlier meeting with the Warriors.

Timberwolves standout Karl-Anthony Towns was limited to 13 points on 5-for-13 shooting by the Green-led Warriors defense last month.

It continued a trend at Golden State for the big man, who has lost his last five visits, held to 21 or fewer points four times and to 6-for-22 shooting on 3-pointers.

Green has played the last four times Towns has come to town, recording a positive plus/minus in all four games, with a total point differential of plus-50.

To complement Green's defensive brilliance, the Warriors have gotten their offensive game back in a groove in the last three games, averaging 120.7 points while shooting 52.0 percent overall and 48.1 percent on 3-pointers.