LeBron James hints that son will play at Duke 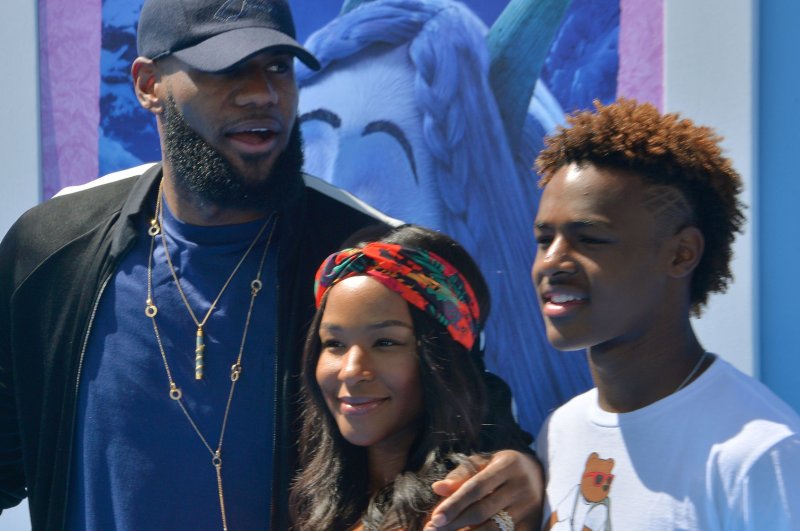 LeBron James with his wife Savannah James and their son LeBron James Jr. (L-R) on September 22 at the Regency Village Theatre in the Westwood section of Los Angeles. Photo by Jim Ruymen/UPI | License Photo

Nov. 29 (UPI) -- LeBron James dropped a hint that his son LeBron James Jr. will play at Duke by commenting on an Instagram post.

The four-time NBA MVP commented on a post from ESPN on Wednesday. The post featured a video of Duke coach Mike Krzyzewski speaking at a news conference.

No. 3 Duke (6-1) suffered its first loss of the season on Nov. 21 to No. 1 Gonzaga. The Blue Devils beat Indiana by 21 points on Tuesday in Durham, N.C. Krzyzewski addressed the loss after after the win over the Hoosiers.

"Let's get real with this whole thing. Let's not get spoiled. We've got four 19-year-old kids that are trying to bust their [expletive] to try to learn how to play. They have a lot of pressure on them ... let them grow."

Los Angeles Lakers star LeBron James hinted that his oldest son will play basketball at Duke after high school with a comment Wednesday on the ESPN Instagram account. Photo courtesy of ESPN/Instagram

James -- who has two sons and a daughter -- commented on the ESPN post, hinting that his oldest son would be coached by Krzyzewski one day.

Happy 14th Bday to my first born Bronny! U make me proud every single day to say you’re my son. Continue to set a great example to your lil brother, sister and being the man of the house when your pops is on the road for work. I love the young man you’ve grown into and this is just the beginning! Looking forward to continuing seeing your growth in everything you do! Love you Bronny! #ProudDad 🙏🏾👑❤️