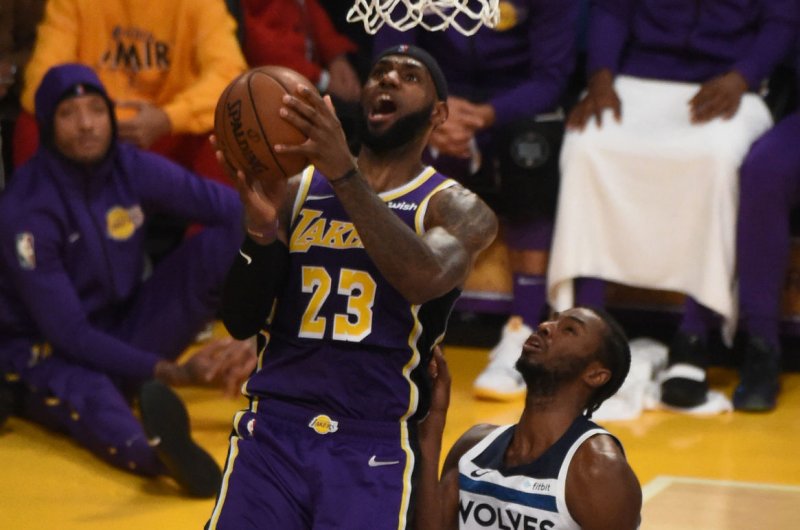 The Utah Jazz were one of the best defensive teams in the NBA last season. They were one of two teams that held their opponents to fewer than 100 points per game during the regular season.

The Jazz haven't been as stifling on the defensive end this season, and they'll face one of the hotter offensive teams in the NBA when they visit the Los Angeles Lakers on Friday night at Staples Center.

The Jazz tied the San Antonio Spurs for the lowest opponent scoring average in the NBA last season at 99.8 points a game, but they've fallen to 11th through 18 games this season (109.1).

The Jazz (8-10) have lost four of their past five games and allowed at least 113 points in all four losses.

"We have to be able to defend better to win," Utah head coach Quin Snyder told reporters following a 119-110 loss to the visiting Sacramento Kings on Wednesday. "If I could point to one thing, it's our communication. That's the thing that links you together and makes you be able to defend as a group."

The Lakers (10-7) are fourth in the NBA in points per game (116.2) and appear to be growing more comfortable on both ends of the floor. They have won six of their past seven games.

Eight of the 17 games played by Los Angeles have been decided by four points or fewer this season. The Lakers lost the first three games within that margin, but have won the past five.

"We've learned that lesson on both sides," Lakers head coach Luke Walton said. "We think we have a game, we're up 18 and we give in, and we find a way to win it. ... A lot of those games, we fought back with a couple minutes left, and you want that inside your players. ... That competitive edge, that competitive spirit, is something that we preach."

James returned to Cleveland on Wednesday night, where he grew up and had two successful stints with the Cavaliers, and led the Lakers back from an eight-point deficit with just under five minutes to play.

He had eight points, three rebounds and an assist down the stretch to lift Los Angeles to a 109-104 win.

"He's one of the best closers our game has ever seen," Walton said after the win in Cleveland. "With him anchoring that attack on that end of the floor is obviously something that any coach would love to have."

A key matchup in this game figures to be in the middle between Lakers centers JaVale McGee and Tyson Chandler and Utah center Rudy Gobert.

McGee is off to the best start of his 12-year career, averaging 13.4 points and 6.6 rebounds. He hasn't averaged more than 6.1 points or 3.9 rebounds in the past five seasons.

Chandler, who cleared waivers and signed with the Lakers on Nov. 6, has given Los Angeles a valuable boost on the defensive end.

Gobert, the NBA Defensive Player of the Year last season, is averaging 15.1 points and 12.9 rebounds, joining Andre Drummond of the Detroit Pistons, Joel Embiid of the Philadelphia 76ers, Giannis Antetokounmpo of the Milwaukee Bucks and Anthony Davis of the New Orleans Pelicans as the only NBA players averaging more than 15 points and 12 rebounds this season.

NBA // 1 day ago
NBA Draft 2022: Banchero, top picks ready to make quick impact
June 24 (UPI) -- Former Duke forward Paolo Banchero, the No. 1 overall pick in the 2022 NBA Draft, and other top picks all said they are ready to make a rapid impact for their respective new teams after they were selected in Brooklyn.

NBA // 2 days ago
Blazers trade for Pistons forward Jerami Grant
June 23 (UPI) -- The Detroit Pistons traded forward Jerami Grant and a draft pick to the Portland Trail Blazers in exchange for picks in the 2022 NBA Draft and 2025 NBA Draft, a league source told UPI on Thursday.

NBA // 1 week ago
Warriors beat Celtics in Game 6, win 4th NBA title in Stephen Curry era
June 16 (UPI) -- Behind another vintage Stephen Curry performance, the Golden State Warriors closed out the Boston Celtics 103-90 in Game 6 of the NBA Finals on Thursday night for their fourth championship in the past eight seasons.