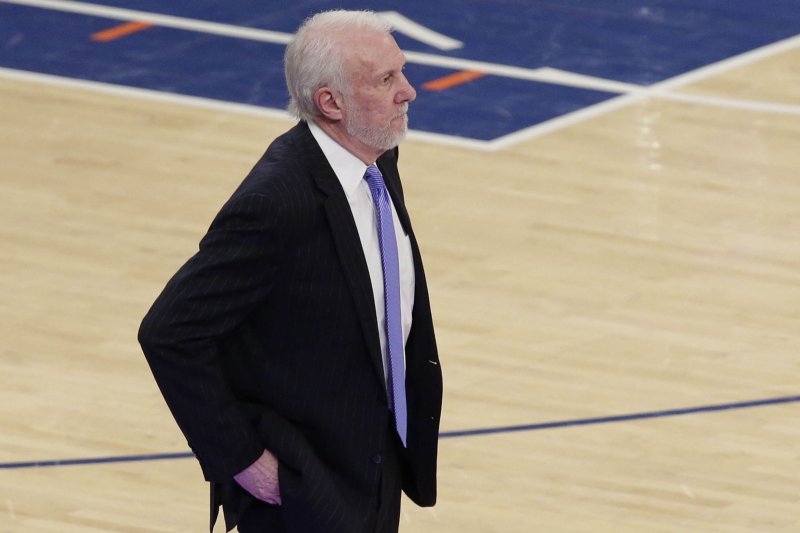 LOS ANGELES -- With a pair of top teams in the NBA recently vanquished in the Milwaukee Bucks and Golden State Warriors, the Los Angeles Clippers will now turn their attention toward a traditional menace.

The San Antonio Spurs have defeated the Clippers 126 times in 166 all-time meetings in the regular season, but the gap has closed recently. The Clippers will enter Thursday's game in Los Angeles with an 8-5 record, while the Spurs arrive with a 7-6 mark after falling to the Phoenix Suns 116-96 on Wednesday.

A more recent look the all-time series shows that the Clippers have won seven of the last 12 matchups and are 4-1 in the last five games against the Spurs at Staples Center. And the Clippers will have three days to recover from dramatic back-to-back overtime victories over a pair of teams widely believed to be title contenders.

On Monday, the Clippers blew a late fourth-quarter lead to the Warriors, fell behind in overtime and yet still came away victorious when reserve Lou Williams scored the team's last 10 points.

"The fact you can go down by three in overtime, having given up that lead, and then coming back to win the game says a lot about your team," Clippers head coach Doc Rivers told reporters afterward.

Warriors coach Steve Kerr did not seem to think the Clippers' success, despite a lack of superstars, is a fluke.

"There's been a lot of changes, and I think just from the outside looking in, it looks like they're refreshed and recharged," Kerr said, according to the Los Angeles Times. "I'm impressed."

RELATED Nuggets look to heat up again against Hawks

After losing to the Suns on Wednesday, the Spurs need to put together a quick game plan for a Clippers team that utilizes a deep bench. In Monday's game against the Warriors, the Clippers went with three starters - Tobias Harris, Danilo Gallinari and Patrick Beverley - and two reserves - Williams and Montrezl Harris - in the closing minutes of the fourth quarter and into overtime.

The Spurs are looking to build some momentum now that forward Rudy Gay and guard Derrick White have returned from injuries. Gay missed three games with a sore heel, while White missed the first nine games of the season with a torn plantar fascia. Gay was given Wednesday's game off but is expected to play Thursday.

The Spurs' loss to the lowly Suns followed a 104-99 loss to the Kings at Sacramento on Monday. The Spurs have now lost four of their last five games.

Making strides on defense is the goal for the Spurs against a Clippers team that has five players averaging in double digits in soring. But the Spurs won't blame recent defensive hiccups on the recent departures of mainstays like Manu Ginobili and Tony Parker.

"Just got to know who you are guarding," Spurs forward LaMarcus Aldridge told reporters after this week's loss to the Kings. "You have to come mentally prepared to do better. I don't think that's about getting to know each other. That's about knowing the game plan and executing it."

Along with Gay's scheduled day of rest Wednesday, Spurs forward Pau Gasol is day-to-day with a knee issue.

NBA // 2 days ago
Heat's Bam Adebayo sinks buzzer beater vs. Nets
April 19 (UPI) -- All-Star forward/center Bam Adebayo took his defender off the dribble, bullied his way into the paint and drained a jump shot at the buzzer to lead the Miami Heat to a 109-107 victory over the Brooklyn Nets in Miami.