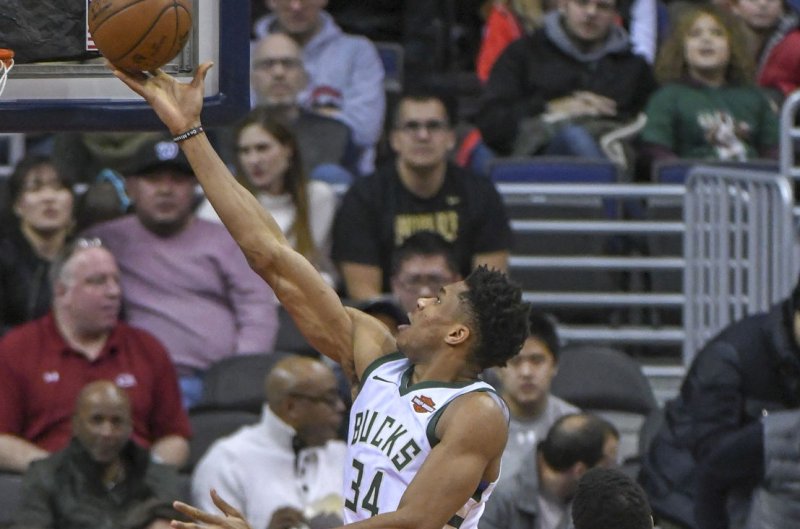 The super slam occurred in the third quarter of the Bucks' 125-95 triumph on Friday at the Target Center in Minneapolis. Antetokounmpo stormed down the court on the play, dribbling past the Timberwolves' logo before doing an inside-out dribble with his right hand as he reached the 3-point line. He got Gibson off balance with the move and picked the ball up with his right hand while putting his left shoulder into Gibson.

Antetokounmpo then elevated above the paint and used his left hand to slam the ball in on top of Gibson, giving the Bucks a 71-47 lead.

The "Greek Freak" scored 15 points and had 12 rebounds and six assists in the win. Ersan Ilyasova and Khris Middle led the Bucks in scoring with 16 points apiece.