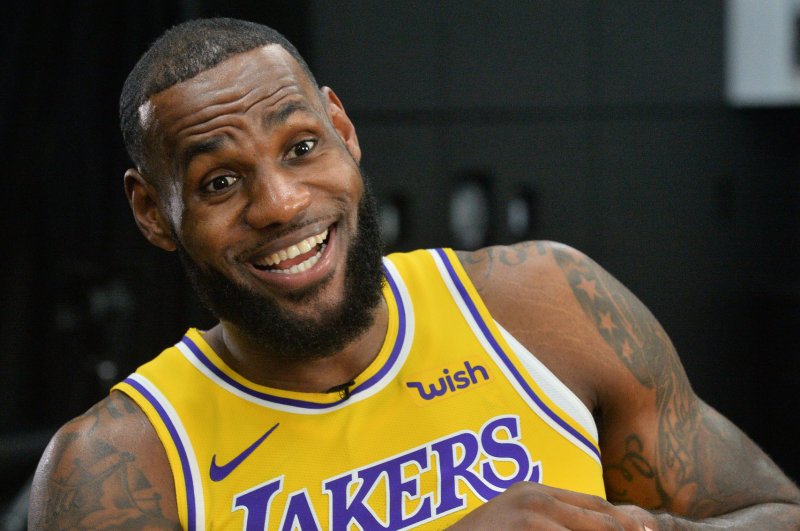 James provided the highlights in the first quarter of a 128-119 loss to the Trail Blazers on Thursday at the Moda Center in Portland.

The first dunk came after James stole a Blazers in bound pass at the 9:25 mark. He raced down the left flank before cranking the ball back in his right hand. He then viciously brought that arm forward, slamming the ball through the net and letting out a scream for his first points in a Lakers uniform.

Damian Lillard answered back on the Blazers' next possession. He dribbled down the right side of the court and ran through the Lakers defense before throwing down a dunk of his own.

But James wasn't finished. He dribbled coast-to-coast on the next possession. He navigated through the Blazers' defense before throwing down an even more powerful dunk than his first slam.

James and Lillard each netted 13 points in the first quarter. Lillard finished the night with a game-high 28 points. He also had six rebounds and four assists. James scored 26 points and had 12 rebounds and six assists in the loss.

The Lakers battle the Houston Rockets at 10:30 p.m. on Saturday at Staples Center in Los Angeles. 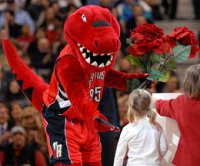 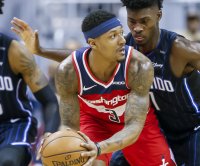