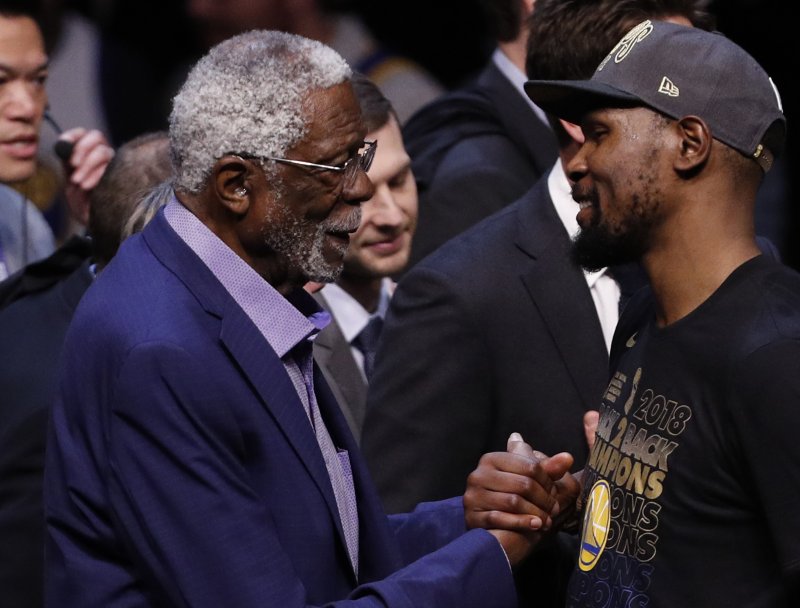 Russell made the gesture on Monday night at Barker Hangar in Santa Monica, Calif. Barkley was on the stage with Kareem Abdul-Jabbar to present the Lifetime Achievement Award to Oscar Robertson.

Barkley thanked Russell for being in the crowd. When the camera panned over the Russell, he smiled and pulled up his middle finger for "Sir Charles."

"Sorry everyone, I forgot it was live TV & I can't help myself whenever I see Charles it just is pure instinct. #birdman," he tweeted.

Russell had a health scare in May when he was taken to a Seattle hospital to be treated for dehydration. But he was released the next day. Law enforcement sources told TMZ that an ambulance was rushed to his home for the overnight stay.

Last year, Russell took to the stage to receive the Lifetime Achievement Award. Before giving his speech, he looked at several former players on the stage and said "I would kick your [expletive]."

The NBA legend also has a history of trash-talking Barkley.

In April he tweeted that Barkley has a better chance of getting struck by lightning than guarding him on the court. He has also made fun of his golf game. Russell still refers to Barkley as a good friend.