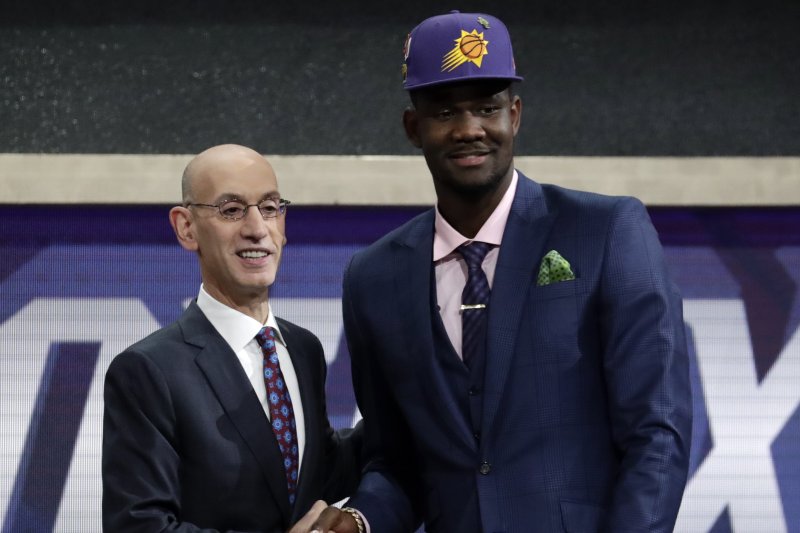 NBA commissioner Adam Silver (L) shakes hands with Deandre Ayton after being selected with the No. 1 overall pick by the Phoenix Suns in the first round of the 2018 NBA Draft on Thursday night at the Barclays Center in Brooklyn. Photo by Jason Szenes/EPA-EFE

June 21 (UPI) -- The 2018 NBA Draft had selections that were widely expected, but also had a few shakeups in the first round of the annual selection show Thursday night at the Barclays Center in New York.

The Phoenix Suns -- who were selecting at No. 1 for the first time in franchise history -- drafted 7-foot-1 Deandre Ayton with the top overall pick.

Ayton played his final two years of high school at Hillcrest Prep Academy in Phoenix and continued his collegiate career at the University of Arizona for one season.

With the Wildcats, the 20-year-old Ayton was named Pac-12 Player of the Year after averaging 20.1 points, 11.6 rebounds and 1.9 blocks in his lone freshman season.

Given Ayton's upbringing in the state of Arizona, and the success shown in his brief tenure with the Wildcats, he had no doubts about being selected first.

"Having my name called being the first pick for the Phoenix Suns was mind-blowing," Ayton told ESPN after being drafted. "Having all that confidence leading up to that point when I saw [NBA commissioner] Adam Silver come out, I was just waiting for my name. He just called it and my mind went blank. I just did the routine everyone else is supposed to do and I just soaked [it] in and enjoyed the moment."

While the Ayton pick was obvious to some leading up to the draft, the first round saw its share of surprising trades.

The Atlanta Hawks drafted European star guard Luka Doncic with the third overall pick. Shortly afterward, the Dallas Mavericks acquired the draft rights to Doncic in a trade with the Hawks.

In the trade, the Hawks received the draft rights of Oklahoma guard Trae Young, who was selected by the Mavs with the fifth overall pick. Dallas also sent over a "minimally" protected 2019 first-round pick in the deal.

Here is a complete breakdown of the entire first round of the 2018 NBA Draft: 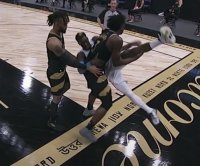 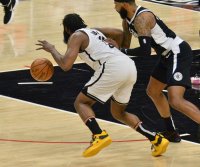