Rodney Hood steps into the trey for the @utahjazz!#TakeNote pic.twitter.com/Now6q4i8Jx

Jan. 11 (UPI) -- Rodney Hood didn't record any blocks against the Washington Wizards. The Utah Jazz guard saved his swat for a fan's cellphone after he was ejected.

Hood posted seven points and six rebounds in the Jazz's 107-104 victory Wednesday at Capital One Arena in Washington, D.C. He picked up his second technical foul of the game with 2:21 remaining in the third quarter. He was booted for arguing with referees.

The 6-foot-8 guard was walking off of the floor after his ejection leading up to his 'block.' He slapped hands with coaches and crossed in front of the bench before coming up on a fan in a court-side seat. The fan was holding his phone up, presumably to record or take a photo of Hood.

Hood raised his right hand and slapped the device from the man's hand, sending it crashing to the ground.

Hope the guy splurged on a warranty (and he posts a salvaged video of the incident to his social media accounts).

The Salt Lake Tribune reported that the fan spoke with arena security and wanted police action. Hood will already be fined $2,000 for each technical and another $2,000 for the ejection. He could see harsher discipline from the league for the fan interaction. NBA stars Kyrie Irving and DeMarcus Cousins were fined $25,000 each for "inappropriate language" toward fans in October.

Oklahoma City Thunder star Russell Westbrook was fined the same amount for a similar fan exchange in 2016. Joakim Noah was fined $25,000 in 2015 for pushing a fan, while he was a member of the Chicago Bulls.

Hood, 25, is making $2.3 million this season. He is a free agent this offseason.

NBA // 4 days ago
Griner, Taurasi lead Mercury over Sky, tie WNBA Finals 1-1
Oct. 14 (UPI) -- Brittney Griner scored a game-high 29 points and Diana Taurasi scored 18 of her 20 points in the second half and overtime to lead the Phoenix Mercury over the Chicago Sky in Game 2 of the WNBA Finals, tying the series. 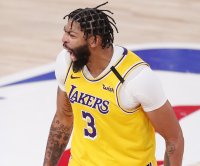 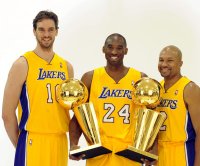