Lawson, who spent this past season with the Sacramento Kings, and Motiejunas, who played for the New Orleans Pelicans, have agreed to sign with the same team, the Shandong Golden Stars.

The details of Lawson's contract were not immediately available, but Sportando reported that Motiejunas has agreed to a $3 million deal.

Motiejunas, 26, averaged 4.4 points and 3.8 rebounds in 34 games, all off the bench, for the Pelicans last season.

The regular season in China ends in February with the playoffs concluding in March, so Lawson and Motiejunas could latch on to an NBA team that needs help at the end of the season. 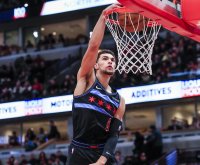 NBA // 4 days ago
Giannis leads Bucks past Suns for team's first NBA title since 1971
July 20 (UPI) -- Behind a 50-point performance by superstar Giannis Antetokounmpo, the Milwaukee Bucks beat the Phoenix Suns 105-98 in Game 6 of the NBA Finals on Tuesday night to capture their first championship in a half century. 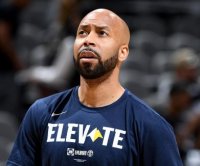 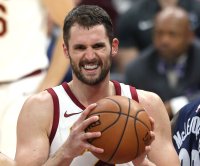