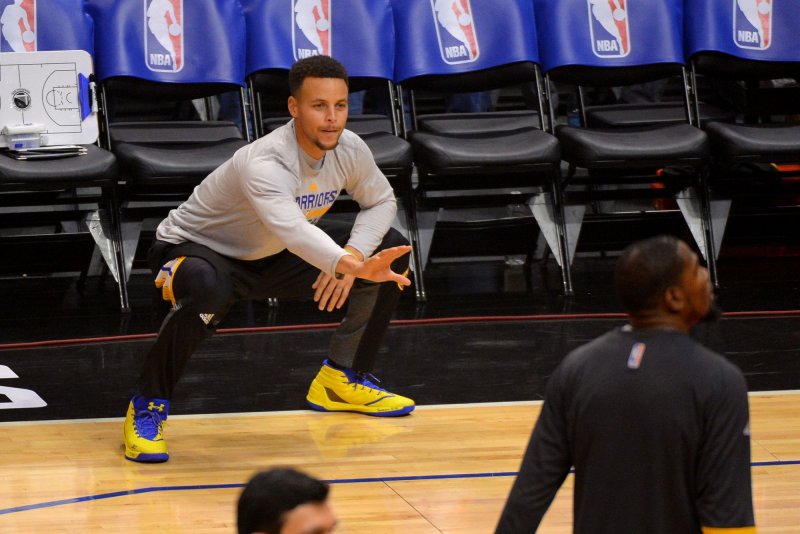 HOUSTON -- Warriors guards Stephen Curry and Klay Thompson provided their usual perimeter fireworks, but what proved critical for Golden State on Tuesday night was the defensive might that has undergirded its current winning streak.

Curry and Thompson combined for 57 points while forward Draymond Green overcame an ankle injury to provide a little of everything in the Golden State Warriors' 113-106 victory over the stubborn Houston Rockets at Toyota Center.

Curry drilled a 3-pointer with 1:46 left to rebuild a double-digit lead for the Warriors (60-14), who stretched their winning streak to eight games and became the sixth team in NBA history to record three consecutive 60-win seasons.

Green, who turned his left ankle early in the third quarter, finished with 19 points, nine rebounds, four assists and three steals. He challenged a layup attempt by Rockets guard James Harden and followed a critical offensive rebound with a late layup to help fend off the Rockets, who got no closer than five points.

Curry scored a game-high 32 points and Thompson added 25, but the Warriors won with defense, limiting Houston (51-22) to 38.8 percent shooting.

"It's attention to detail, knowing where their shooters are, especially in transition," Curry said. "We do a great job of trying to stay on a string so when two guys commit to the ball and there's a pass out to the wing, the next guy is on alert ready to rotate, kind of a chain reaction. Try to make them uncomfortable and contest as many (3-pointers) as you can."

"They're the No. 1 team for the lowest 3-point percentage (allowed) so they come at you, they're long and athletic, and they really run you off," Rockets coach Mike D'Antoni said. "We still had a lot of looks wide open that we didn't make."

The Warriors put on a clinic in the first quarter, blitzing Houston with splendid off-ball movement on offense and beating the Rockets' pick-and-roll offense to the punch defensively. Golden State shot 69.6 percent (16 of 23) in the opening frame, tallying 20 points in the paint on a variety of back cuts for uncontested layups while also drilling 5 of 10 3-pointers in producing a 37-point period.

"I don't know what it was, honestly," Harden said of the slow start. "We weren't ready to go, and they made us pay for it. Credit to them for having a really good start; the rest of the quarters we did a pretty good job."

Defensively, the Warriors limited Houston to 8-of-24 shooting and stretched their 17-point lead entering the second quarter to 49-27 on a layup by Ian Clark with 7:18 left in the half. The Rockets never found their shot and, while they abandoned the 3-pointer -- they attempted just three in the second, all misses -- the Rockets shot 18 free throws, making 16 to cut the deficit to 60-52 at the half.

That pattern continued in the third quarter, with Houston shooting 10 of 11 at the line to remain within striking distance. But the Warriors dug in defensively and held the Rockets without a basket over the final seven minutes of the third, scoring the final six points to reclaim their double-digit lead.

When Houston pulled to within 99-94 with 4:21 to play, Green sandwiched a 9-foot floater and his second-chance basket around two Trevor Ariza free throws. Green added a 17-foot jumper before Curry's 3 made it 110-99.

-- The Warriors will issue an official update on All-Star F Kevin Durant on Wednesday. Durant missed his 14th consecutive game with a Grade 2 MCL sprain and bone bruise in his left knee suffered on Feb. 28.

-- Rockets F Montrezl Harrell was not with the team. His girlfriend is expecting.

-- The Warriors extended their regular-season winning streak in Houston to six games.

NBA // 3 hours ago
Veteran guard J.J. Redick retires after 15 NBA seasons
Sept. 21 (UPI) -- Veteran shooting guard J.J. Redick, who starred at Duke University before embarking on a 15-year career in the NBA, announced his retirement from the league. 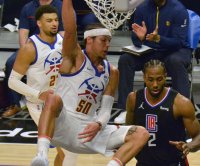