Orlando Magic trying to trade Serge Ibaka, want too much 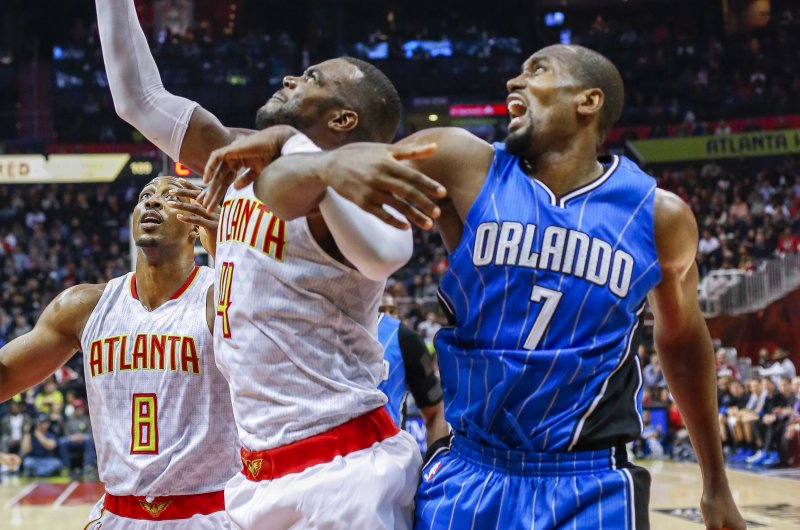 Orlando Magic forward Serge Ibaka (R) of Congo is defended by Atlanta Hawks forward Paul Millsap (L) during the second half of a game between the Atlanta Hawks and the Orlando Magic at Philips Arena in Atlanta, Georgia on December 13, 2016. (EPA/ERIK S. LESSER)

After just a half season with the Orlando Magic, he could be on the move again. Ibaka was acquired in a trade with the Thunder for Victor Oladipo, lottery pick Domantas Sabonis, and Ersan Ilyasova. It would be an understatement, so far, to say the Thunder got the better end of that deal.

NBA sources have told the Sporting News that the Magic "have picked up their attempts to move Ibaka ahead of next month's trade deadline..." The Magic hope to get back a good return for Ibaka, who hits free agency this summer, according to the report.

A front office executive told the Sporting News that the Magic are "asking too much."

"[The Magic] would probably like to make a few moves there, but Ibaka is the one they're really pushing because he is going to leave," the executive told the Sporting News. "But they have had too high a price. They want a young player and a pick, two young players — you know, a package that can get them back some assets. They're not going to get that. Not for three, maybe four months of Serge Ibaka."

Ibaka is making $12.2 million this season. The player once known for his lane clogging and intimidation at the rim is averaging just 1.6 blocks per game. He led the league in that category in 2012 and 2013, with 3.7 and 3 blocks per game, respectively.

RealGM's Keith Smith reported: "Orlando has had several offers for Serge Ibaka, but continue to hold out for a package that includes young players/picks."

The Magic [19-30] battled the Minnesota Timberwolves Monday night at the Target Center.

NBA // 3 weeks ago
Cavaliers' Donovan Mitchell scores record 71 points vs. Bulls
Jan. 3 (UPI) -- All-Star guard Donovan Mitchell exploded for 71 points, including 55 in the second half and overtime, to set a franchise record and lead the Cleveland Cavaliers to a ferocious comeback victory over the Chicago Bulls.
Advertisement