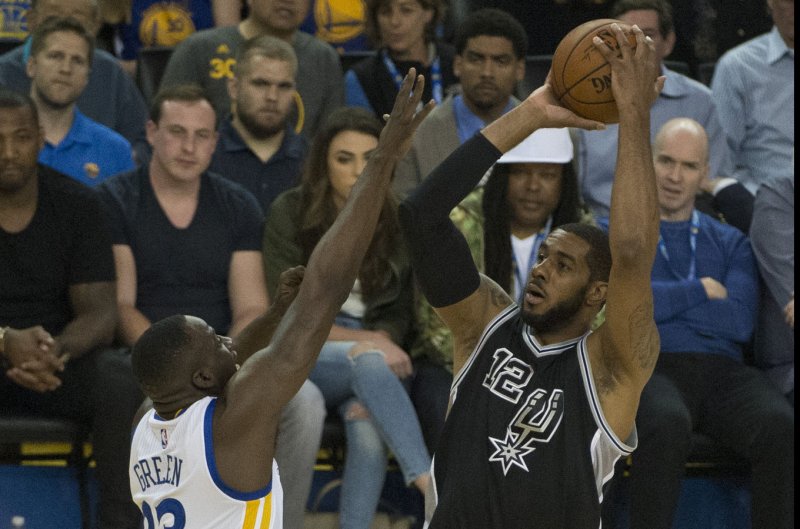 The NBA season hasn't even begun and there are rumors involving a potential trade of LaMarcus Aldridge.

The All-Star power forward is about to begin his second season with the San Antonio Spurs and there is chatter that he is unhappy with his role of being the No. 2 scoring option behind All-Star small forward Kawhi Leonard.

ESPN.com reported that Aldridge is unlikely to finish the season with the Spurs as the relationship isn't working out.

Aldridge departed the Portland Trail Blazers as a free agent following the 2014-15 season and signed with the Spurs with the belief that he would be the center of San Antonio's offense.

RELATED Paul Pierce to retire with Boston Celtics next summer

That didn't occur last season as Leonard's level of play took another strong step forward. Leonard led the team in scoring at 21.2 points per game while Aldridge averaged 18.0 after averaging more than 21 per game in each of his final five seasons in Portland.

There was speculation midway through last season that Aldridge's representatives had requested a trade but nothing of substance developed.

During the end of Aldridge's tenure in Portland, there were rumblings that he was less than thrilled with the rising stature of Damian Lillard. The point guard is now entrenched as the face of the Trail Blazers.

Aldridge signed a four-year, $84 million deal with the Spurs but the contract does allow him to opt out prior to the final season (2018-19).

The Phoenix Suns and Los Angeles Lakers -- two rebuilding teams who pursued him while he was a free agent -- are seen as possible landing spots for Aldridge.