Golden State Warriors standout Draymond Green reached a plea agreement to avoid jail time in the case in which he was charged for slapping a Michigan State football player.

Officials in East Lansing, Mich., announced the agreement on Friday. Green will be fined $500 and pay $60 in restitution to Jermaine Edmondson, who police said was slapped by Green on July 10.

Green didn't have to amid guilt or enter a no-contest plea, according to assistant city prosecutor David Meyers.

Green, a former Michigan State basketball star, originally was facing a misdemeanor assault charge. It was reduced to a noise violation, which is an infraction.

Edmondson is no longer part of Michigan State's football program. School officials previously said his departure was not related to the incident with Green.

Edmondson told police that their conflict started the previous night after they bumped into each other at an East Lansing bar. When Edmondson saw him again the next night he told Green "last night wasn't cool." Soon after, Green slapped him so hard police nearby said they could hear it.

Green said his legal team is taking care of the situation but he plans to "learn from" his arrest.

Green is prohibited from contact with Edmondson for one year as part of the plea deal. The original charge will be reinstated if he contacts Edmondson or is convicted of a new criminal charge. 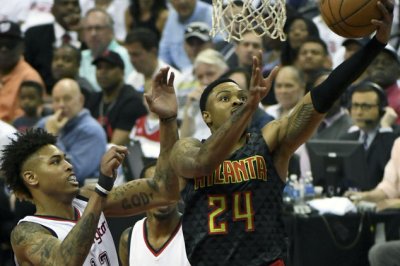