Kevin Durant goes in for a dunk against the Golden State Warriors in Game 5 of the Western Conference Finals on May 26, 2016. Pool photo by Carlos Avila Gonzalez/UPI | License Photo

Kevin Durant wants to care less about what other people think.

It's just not the way he's wired.

The sinking feelings he had after the July 4 announcement Durant would join the Golden State Warriors and leave the only NBA team he'd known after nine seasons anchored him to the bed in a rented house in the Hamptons. Durant was not sick, but the ill will he sensed was coming as reaction to his departure from the Oklahoma City Thunder prompted him to retreat.

"I didn't leave my bed, because I was like, 'Man, if I walk outside somebody might just try to hit me with their car or say anything negative to me,'" Durant told USA Today. "I just stayed in. I was trying to process it all. I wanted to be around family, and positive support. It felt different. I mean I've been somewhere for so long and then to make a change like that (which) nobody knew was coming, that nobody didn't think I would do, of course I didn't know how it would be received afterwards. But at some point, I just said, 'Look man, life goes on. Life moves on, and I can't hide forever,' so I just had to face it."

Soon enough, Durant emerged and didn't see his own shadow, but new horizons and a bright future with the Warriors. Golden State sold Durant on joining the two-time defending Western Conference champions by displaying a tight, organic bond between key players. Steph Curry, the MVP of the past two seasons since Durant won the award after the 2014 season, Klay Thompson and Draymond Green were all part of the sitdown summit in New York three days before the public learned Golden State was the pick.

"For the most part, I got the support around me. I've got the family that supports me no matter what, that love me no matter what I do," Durant said. "I could be playing tennis right now, and I could retire from the game of basketball and they're still going to love me. If I think about that, I'll be fine."

Durant said perceived friction with ball-dominant point guard Russell Westbrook was not a factor in his departure. Still, the Warriors finished first in passes per game and the Thunder were last. Coach Steve Kerr said Durant is undersold as an all-around player and especially passer and defender.

According to reports, Westbrook, who finished in the top five in the NBA Most Valuable Player voting this season along with Durant, is hot under the collar about Durant bolting. Durant said in the USA Today interview they haven't talked recently. 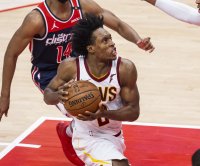 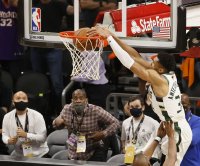 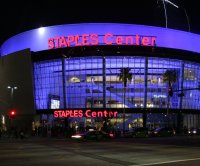