Sept. 29 (UPI) -- The Milwaukee Brewers are expected to be without ace setup reliever Devin Williams for the postseason after the right-hander fractured his pitching hand when he punched a wall following Sunday's National League Central-clinching win over the New York Mets.

David Stearns, the Brewers' president of baseball operations, told reporters Wednesday that Williams will undergo surgery to install a plate in his right hand to help repair the fracture. Stearns noted that the injury will likely "keep him out for the remainder of the season."

Williams said the injury occurred after he had "too much to drink" in the hours following Sunday's win over the Mets. He became upset about something while going home, later punching a wall with his pitching hand.

"I'm pretty upset with myself. There's no one to blame but me," Williams said. "I feel like I've let the team down, the coaching staff, the fans, everyone. I know how big a role that I play on this team and there's a lot of people counting on me."

Williams, who was last year's National League Rookie of the Year, has an 8-2 record and 2.50 ERA over 54 innings this season. He also has 87 strikeouts with three saves and 23 holds.

The 27-year-old Williams, who had been sidelined due to a calf injury, returned Sunday and pitched a scoreless eighth inning in the Brewers' 8-4 victory over New York. He then suited up for Tuesday's game against the St. Louis Cardinals before finally alerting Milwaukee's medical staff about the hand injury after he couldn't throw.

The Brewers are set to play in the MLB playoffs for the fourth straight season. Milwaukee lost in the NLCS to the Los Angeles Dodgers in 2018, lost in the Wild Card Round to the Washington Nationals in 2019, and were swept in the first round by the Dodgers last year. 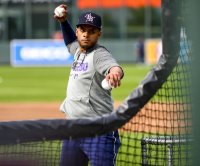 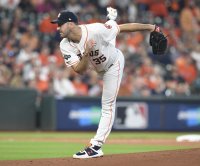