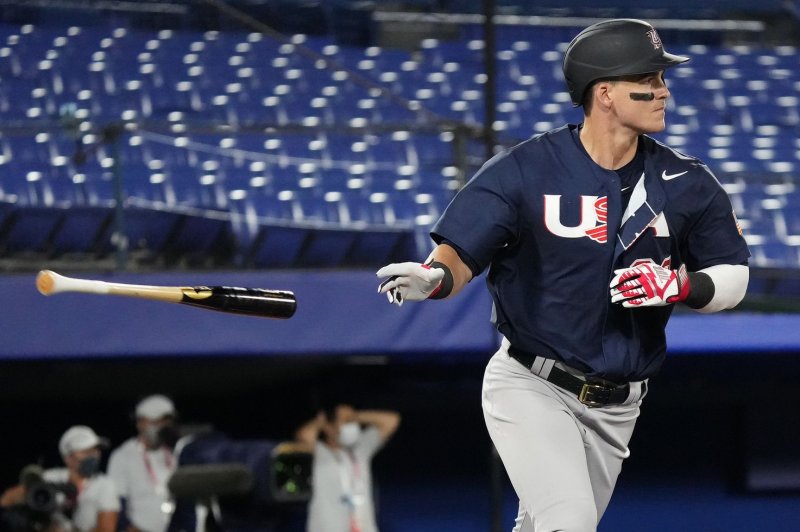 July 30 (UPI) -- Team USA's baseball team started its run at the 2020 Summer Games with a convincing win over Israel in the group stage Friday in Yokohama, Japan. Tyler Austin's two-run homer paced the Americans in the 8-1 win.

Austin, an MLB veteran, went 3 for 5 with two doubles and three RBIs, in addition to his home run at Yokohama Baseball Stadium.

The game was the first Olympic baseball competition Team USA played since the 2008 Summer Games, the last time the sport was included in the Olympic sports lineup.

Neither team scored for the first two innings. Team USA shortstop Nick Allen then sparked a rally with a single in the second at-bat of the third. Allen moved to second base on a wild pitch and came around to score on an Alvarez double in the next at-bat.

Austin then stepped up to the plate to face Israel starter Joey Wagman. The Team USA designated hitter proceeded to smack Wagman's first pitch to center field for his two-run homer, which gave the Americans a 3-0 lead.

First baseman Danny Valencia answered with a solo homer to lead off the top of the fourth, but Israel did not score another run.

Team USA added to its lead with runs in each of the final four innings to secure the win.

Center fielder Bubba Starling hit an RBI single in the top of the sixth. Alvarez and Austin brought in two more runs with RBI doubles in the seventh.

Starling plated the Americans' seventh run on an RBI groundout. First baseman Triston Casas drove in the final run with an RBI single in the ninth.

Team USA is tied with South Korea atop Group B, ahead of 0-2 Israel. Japan leads Group A at 1-0. The Dominican Republic is 1-1 and in second place in Group A, ahead of 0-1 Mexico.

The Dominican Republic beat Mexico on Friday in Yokohama. Team USA battles South Korea in its next game at 6 a.m. EDT Saturday on NBCSN.

Team USA claimed a silver medal Tuesday in softball, which also made its return to the Summer Games for the first time since 2008. 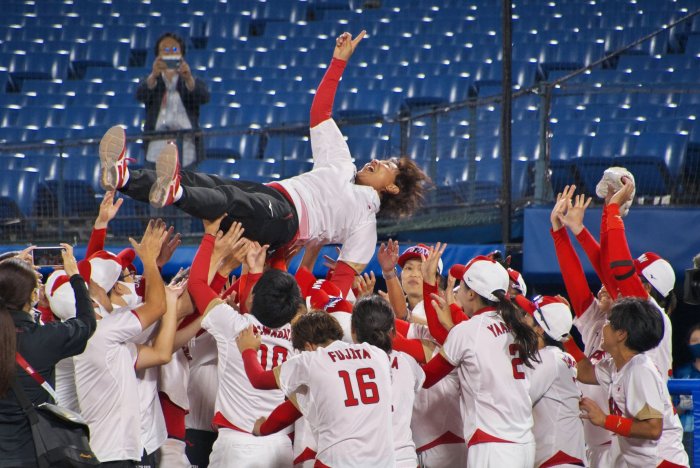 Japan's players celebrate after their victory against the United States in the final in Yokohama, Kanagawa-Prefecture, Japan on July 27. Photo by Keizo Mori/UPI | License Photo