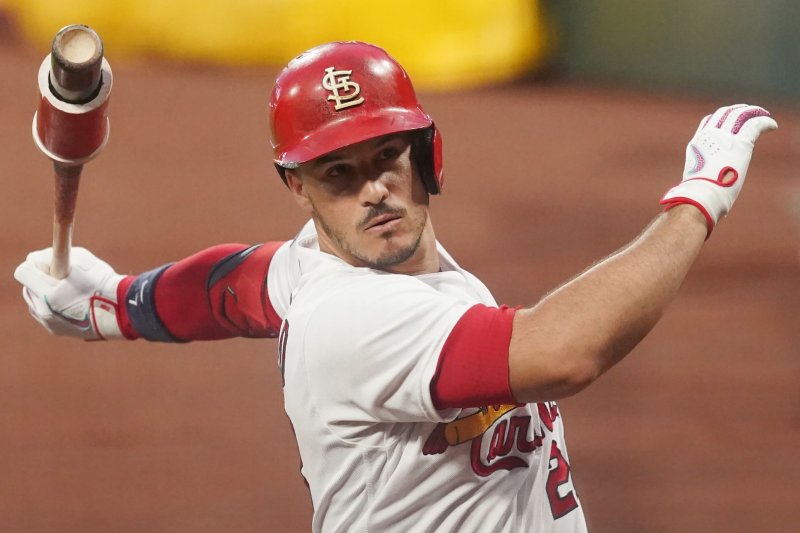 June 30 (UPI) -- Nolan Arenado hit his 16th home run of the season and Carlos Martinez allowed one run over six innings to lead the St. Louis Cardinals to a win over the Arizona Diamondbacks in St. Louis.

Arenado went 2 for 3 with two RBIs, a run scored and a walk in the 3-2 triumph Tuesday at Busch Stadium. Martinez allowed four hits and threw six strikeouts in the 87-pitch effort.

"We have to play better baseball," Arenado told reporters. "The last few games, we've seen that. We are getting runs late, having quality at-bats. ... Those are the qualities we need."

The Cardinals victory resulted in their third win in four games. They entered the hot streak losers of five straight.

Martinez and the Diamondbacks' Caleb Smith were in a pitchers' duel through the first four innings, with neither starter allowing a run. Martinez allowed just one hit through his first 14 exchanges.

"I trusted myself on the mound and believed in all of my pitches," Martinez told reporters. "That helped me [perform] very well."

Arenado broke the deadlock in the bottom of the fifth. Cardinals right-fielder Tommy Edman started the inning with a leadoff single. Smith struck out Dylan Carlson and Paul Goldschmidt in the next two at-bats, which brought Arenado to the plate with two outs.

The Cardinals third baseman worked an even count against Smith. He hit Smith's fifth offering of the exchange down the left field line for a 356-foot, two-run homer.

The go-ahead long ball traveled 106 mph off Arenado's bat, hovered just 47 feet above the field and left the ballpark in 3.6 seconds, according to Statcast.

The Diamondbacks scored the game's final run when Cardinals relief pitcher Andrew Miller issued a walk with the bases loaded in the seventh.

Fellow Cardinals reliever Alex Reyes allowed just one hit and no runs over the final two innings to earn his 19th save of 2021.

Smith allowed four hits and two runs in five innings, but dropped to 2-4 this season. Edman went 2 for 4 with an RBI and a run scored. Carlson and second baseman Edmundo Sosa also reached base twice in the win.

"He is clearly capable," Cardinals manager Mike Shildt told reporters. "What a show he put on. ... He made plays that turned the tide of the game in our favor."