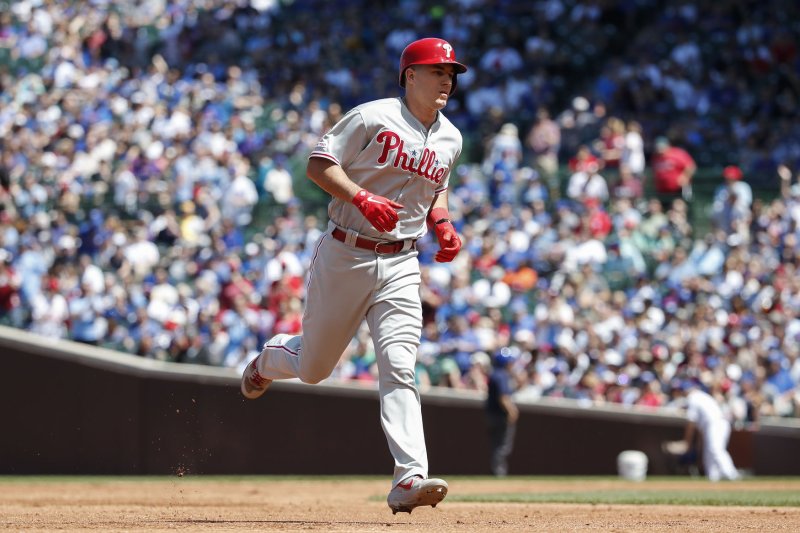 Jan. 26 (UPI) -- The Philadelphia Phillies are signing All-Star catcher J.T. Realmuto to a massive five-year contract that will make him the highest-paid player at the position in MLB history.

League sources told ESPN and MLB Media on Tuesday that Realmuto and the Phillies are in agreement on a five-year, $115.5 million deal. The team has yet to confirm the signing, which is pending a physical.

Mauer previously held the record for highest average annual value -- at $23 million -- with his deal in 2010.

Realmuto is the first catcher to sign a contract worth more than $100 million in free agency.

Defensively, Realmuto has 11 runs saved over the last two seasons, ranking fourth among catchers who have played more than 1,000 innings.

Realmuto, a two-time All-Star selection, won the Gold Glove Award in 2019. He also has won the Silver Slugger Award at catcher twice.

In 732 career games with the Miami Marlins and Phillies, Realmuto has recorded a .278 batting average with 95 home runs and 358 RBIs. He has spent the past two seasons in Philadelphia.