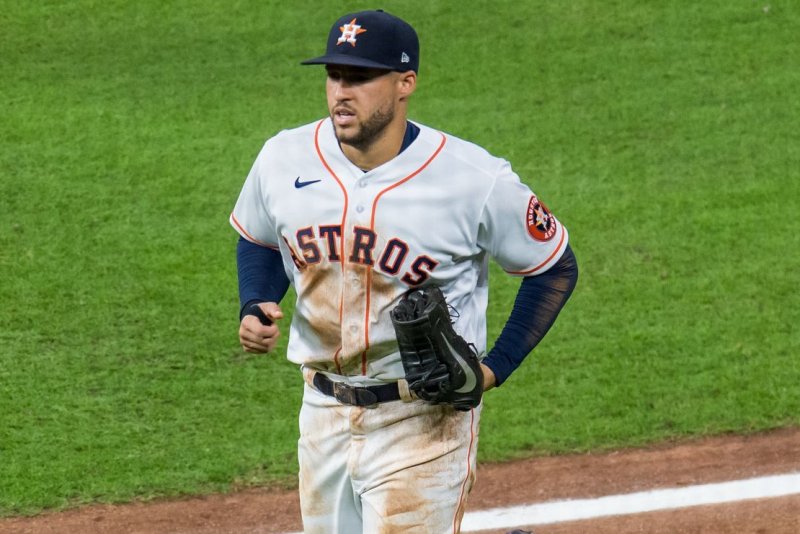 Former Houston Astros outfielder George Springer had been linked to the New York Mets before he agreed to join the Toronto Blue Jays on Tuesday. File Photo by Trask Smith/UPI | License Photo

Sources told MLB.com, ESPN and The Athletic on Tuesday that the two parties agreed to a six-year, $150 million pact. The deal, which is the largest is Blue Jays history, is pending a physical.

Springer, 31, had spent his entire seven-year career with the Astros. The three-time All-Star was part of Houston's 2017 World Series team and won World Series MVP. Springer hit .265 with 14 home runs and 32 RBIs in 51 games last season.

Springer had been linked to the New York Mets before he agreed to sign with Toronto. Sources told MLB.com that the Mets' top offer for Springer was for six years and between $120 million and $125 million.