New Miami Marlins general manager Kim Ng said she was inspired by the dozens of women who have been hired in recent years to serve as front office executives, coaches and officials in the NBA and NFL before she was hired on Friday. Photo by Joseph Guzy/Miami Marlins

MIAMI, Nov. 17 (UPI) -- Kim Ng's resume is as impressive as it gets, but the Miami Marlins' newest executive said she looked outside Major League Baseball front offices to gain the persistence needed to become the first female general manager in MLB history.

"It's a tribute to the idea that you just have to keep plowing through," said Ng, who was passed over for at least a half-dozen general manager jobs during her 30-year MLB career. She gave her perspective at a news conference Monday.

"That's what this is. It's like what we tell the players, 'You can mope and sulk for a few days, but that's it. You have to come back,'" said Ng, who turns 52 on Tuesday.

Ng -- pronounced "Ang" -- began her MLB career in the early 1990s as an intern with the Chicago White Sox. She moved up to various front office roles with the White Sox, New York Yankees and Los Angeles Dodgers. She helped to construct three World Series teams before she moved on to serve as senior vice president of baseball operations for MLB.

The Indianapolis native grew up in Queens, N.Y., and idolized Billie Jean King and fellow tennis icon Martina Navratilova through her youth. She also played stickball in the streets as a child, using manhole covers and cars for bases, and then became a successful college softball player at the University of Chicago.

"Billie Jean King fought for equality throughout her career and is still fighting today," Ng said. "Navratilova really changed the women's game and how it was played. She changed the idea of what it looked like to be a female athlete."

Ng didn't see women hired as MLB general managers when she took aim at the role, so she took inspiration from other sports leagues. She says it's now her role to be the one little girls can look up to for an attainable goal after breaking the gender barrier for MLB front offices.

"There is an adage that you can't be it if you can't see it. I guess I would suggest to them now, now you can see it," Ng said.

Congratulations Kim Ng for being named GM of the @Marlins. Having worked with Kim all these years, I'm excited to see her get this opportunity. Go Get 'Em!!! pic.twitter.com/Xz1dyXonyF— Joe Torre (@JoeTorre) November 16, 2020

Ng has seen the increase in women hired for more significant roles in other men's sports leagues.

Dozens of women serve as assistant coaches in the NBA, NFL and MLB and many serve as officials.

"Any of the women that are out on the court, on the field or in the locker room as coaches, those are the women who are really in the trenches and have gained so much respect from the players," Ng said.

Marlins co-owner Derek Jeter also gave Ng inspiration from the field from when she watched the former Yankees captain play during her tenure with the franchise.

Ng sat alongside Jeter and fellow Marlins owner Bruce Sherman on Monday at Marlins Park for her first news conference. Her position once granted her authority over the former Yankees star, but now the roles are reversed with Jeter as Ng's boss.

"It's an exciting and special [time] for us," Jeter said Monday. "When I first reached out to Kim, through our first couple of conversations, it became evident that this was a perfect fit."

Jeter and Ng have maintained a relationship since their careers diverted from New York and they reunited in Miami. Ng said she was always inspired by Jeter's fearless playing style and sees him using that same mentality in the Marlins front office.

"I've reflected on what it took to get here," Ng said. "Something that shouldn't go unnoticed is fearlessness. Derek embodies that word.

"I was privileged and fortunate enough to watch Derek every day for four years. That was his approach to the game. He left it all out there every single day. Now with this [hire] we see it off the field." 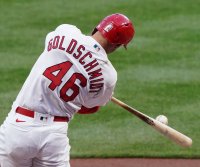