New York Yankees closer Aroldis Chapman (R) has to be restrained from approaching Tampa Bay Rays players Tuesday at Yankee Stadium in New York City. Chapman threw a fastball that came close to Mike Brosseau's head, which caused the benches to clear once the final out was recorded. Photo by John Angelillo/UPI | License Photo

Tampa Bay Rays manager Kevin Cash (L) argues with an umpire during Tuesday's game at Yankee Stadium. Yankees closer Aroldis Chapman threw a fastball that came close to Mike Brosseau's head, which caused the benches to clear once the final out was recorded. Photo by John Angelillo/UPI | License Photo

Sept. 2 (UPI) -- New York Yankees manager Aaron Boone and closer Aroldis Chapman and Tampa Bay Rays manager Kevin Cash have all been suspended for their roles in a benches-clearing incident that occurred during Tuesday night's game in New York.

Major League Baseball announced the suspensions Wednesday. Chapman -- who plans to appeal -- received a three-game ban, while Boone and Cash each were suspended one game. All three individuals also were handed undisclosed fines.

"I don't think I should be sitting out tonight -- nor Chappy -- but I do respect the process," Boone said before Wednesday's contest against the Rays.

Near the end of the Yankees' 5-3 win over the Rays on Tuesday night, Chapman tossed a 101-mph fastball near the head of pinch hitter Michael Brosseau. Umpires held an on-field meeting before issuing warnings to both clubs.

Chapman then struck out Brosseau to earn his first save of the season. After the strikeout, Brosseau started walking toward the dugout before turning around and exchanging words with someone on the Yankees.

The verbal exchange caused both dugouts to empty and players gathered close to home plate. Members of the teams kept their distance before returning to their respective clubhouses.

"Both teams are professional enough to know that we're playing for a lot," Boone said. "Even though there's been a few of these incidences where the blood gets boiling and tempers flare a little bit, both teams are smart enough to realize that it's about getting the job done on the field and performing.

"And that's certainly our main focus and will continue to be. And I'm sure it is with them as well. Hopefully this is something that can all be behind us and it can be about two good teams going at it on the field."

Earlier in Tuesday's game, Yankees starting pitcher Masahiro Tanaka hit Rays batter Joey Wendle with a pitch in the first inning, which Cash believed was intentional. The series of incidents led to a back-and-forth exchange between Cash and Boone after the matchup.

Cash said the suspension for his comment was "fair" and "warranted."

"Three minutes prior to [those comments], we just had a guy thrown at," Cash said Wednesday. "So, fairly raw with what was being said. But always want to show to the guys how much we care about them as a staff, as an organization."

The Yankees and Rays wrap up their three-game series Wednesday night. 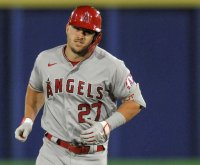 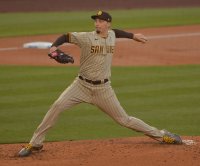 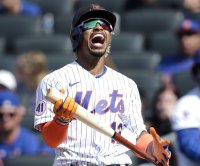