Dodgers' Betts kneels for anthem after 2016 vow to 'always stand' 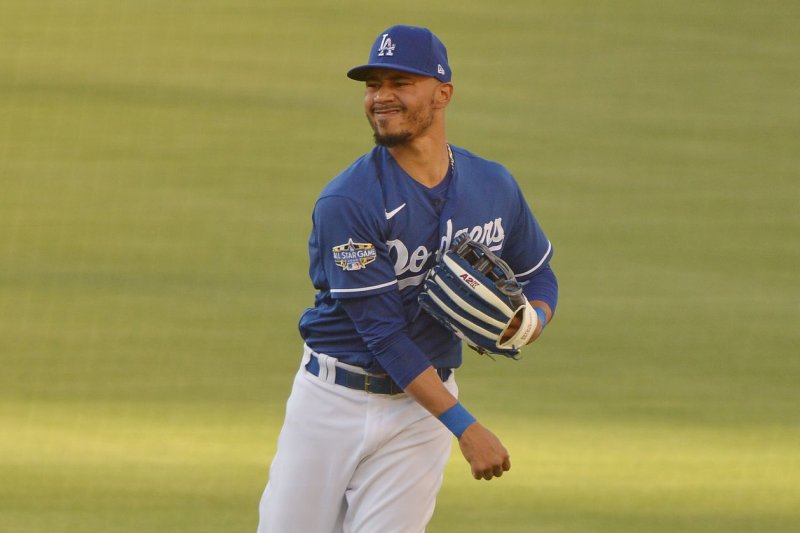 Los Angeles Dodgers star Mookie Betts said he "wasn't educated" in 2016 when he said he wouldn't knee during the national anthem, but he chose to participate in the protest Thursday in Los Angeles. File Photo by Jim Ruymen/UPI | License Photo

July 24 (UPI) -- Mookie Betts was one of several Major League Baseball stars to take a knee during the national anthem on opening day of the 2020 season, after the Los Angeles star in 2016 vowed to "always stand."

"We all are on the same team," Betts said. "We all are here for change."

Betts said nearly four years ago that he would never kneel in protest during the anthem because of his connection to those who have served in the military, including his father.

On Thursday, Betts went down to his right knee in front of the Dodgers' dugout as teammates Cody Bellinger and Max Muncy placed a hand on each of his shoulders in support.

Betts was the lone Dodgers player to take a knee during the anthem to protest police brutality and racial inequality in the United States. At least a half dozen members of the San Francisco Giants also kneeled, including manager Gabe Kapler.

All uniformed team personnel took a knee prior to the anthem during a planned demonstration. Players and coaches held a 200-yard piece of black fabric in that display of unity. Dodgers and Giants players also wore "Black Lives Matter" shirts in pregame warmups. Most players stood during the anthem, a move Betts felt strongly about in 2016, when San Francisco 49ers quarterback Colin Kaepernick started the trend in professional sports.

"My dad fought for this country. We may be in a completely different spot if we don't have those people to go out and protect us. So I'll always make sure [to stand]."

Betts said he isn't sure if he will kneel for future games.

"I wasn't educated," Betts said of his stance to stand in 2016. "That's my fault. I need to be educated on the situation. I know my dad served and I'll never disrespect the flag, but there's also gotta be change in the world, and kneeling has nothing to do with those who served our country."

Betts had one hit in his Dodgers debut, as Los Angeles beat the San Francisco Giants 8-1 in the second game of the 2020 MLB season. The New York Yankees beat the Washington Nationals 4-1 in the first game of the season earlier on Thursday in Washington, D.C.

All Yankees and Nationals players knelt as they also held a long black fabric prior to the first pitch. They also sported "Black Lives Matter" shirts in warmups. The players -- and coaches -- then stood up for the national anthem.

Today, and every day, we come together as brothers. As equals, all with the same goal - to level the playing field. To change the injustices. Equality is not just a word. It's our right!

Today we stand as men from 25 nations on 6 continents.

Actor Morgan Freeman narrated the ceremony before the anthem.

"Today, and every day, we come together as brothers," Freeman said. "As equals, all with the same goal -- to level the playing field. To change the injustices.

"Equality is not just a word. It's our right! Today we stand as men from 25 nations on six continents. Today we are one."

The Dodgers face the Giants in the second game of their season-opening series at 9:40 p.m. EDT Friday in Los Angeles. 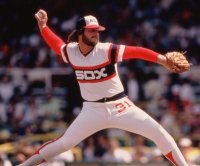